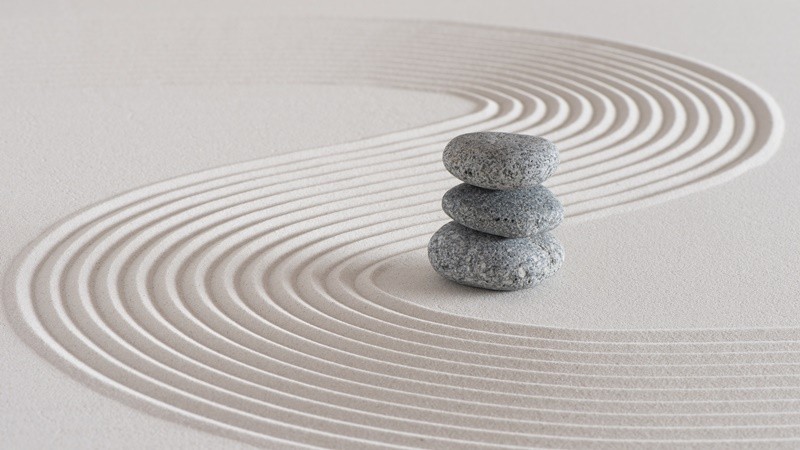 By Mr Kavi Chongkittavorn, Senior Communications Advisor:  With the unexpected coup in Myanmar on Feb 1 and the ensuing violent clashes between protesters and security forces over the past six weeks, Thailand is stuck between a rock and hard place. Thailand's foreign and security policy-makers have adopted three strategies in handling one of the most 'difficult political incidents' in a neighbouring country.

The first strategy of 'Good Neighbourliness' has been the main motto when it comes to Myanmar. After the coup, Thailand remained quiet for good reasons. Any gung ho statements or comments that would make the neighbouring country look horrible in the eyes of the international community were suppressed by the top echelons. Therefore, the first comment naturally came from the spokesperson of the foreign minister, which simply said that Thailand wished to see a peaceful settlement through dialogue and reconciliation. That much was clear.

Informally, there are contacts between the two capitals. As it turned out, the personal letter from Senior Gen Min Aung Hlaing to Prime Minister Prayut Chan-o-cha was very telling and influential. Gen Prayut decided to meet with Wunna Maung Lwin, the representative for foreign affairs of the State Administrative Council (SAC) from the military regime on 24 Feb, which caused an uproar in the Thai press and social media. They said it was tantamount to recognising the military regime in Nay Pyi Taw. Gen Prayut vehemently denied it stating that he wanted to keep the communication channels open.

Over the past several days, the Good Neighbourliness posture has been put to the test as the death toll has continued to rise, exceeding 50 civilians by the weekend after the lethal clashes between protesters and the security forces. The Thai government feared that the crackdown would cause a new wave of political asylum seekers to cross the western border. Earlier news that a group of Myanmar police have sought refuge inside India alerted the Thai security forces to remain vigilant. Last week more than 100 people from Myanmar sneaked into Thailand via various human-smuggling routes in Tak and Kanchanaburi. They were intercepted and nearly half of them were subsequently quarantined for their own safety.

Memories remain fresh of the mayhem in 1988 that forced closed to 15,000 young Myanmar people to flee into exile, mainly to Thailand. The Thai government is hoping that the situation will remain calm with no more bloodshed. Otherwise, the junta might carry out its threat to impose martial law, which would further complicate political dialogue and reconciliation in the future. Privately, a senior Thai military official, who has close ties with Gen Min Aung Hlaing, has repeatedly warned him to desist from using force.

Last week, according to an informed source, who asked not to be identified, the Thai government notified the International Committee of the Red Cross (ICRC) in Bangkok that ICRC assistance could be urgently needed in the days ahead in setting up temporary camps along the Thai-Myanmar border if the military crackdown continues unabated. The facilities must be equipped with Covid-19 test kits. The Thai security forces along the border have been instructed not to push back those who seek safety, especially civilians.

After the coup, the planned repatriation of Myanmar's displace persons was suspended. Since 2015, several hundred returnees have been settled inside Myanmar through a bilateral arrangement with the assistance of the United Nations High Commission for Refugees. There are at least 100,000 refugees and displaced persons inside nine camps along the Thai-Myanmar border.

Another challenge is the restless armed ethic groups along the porous frontline. The two major groups, the Karen National Union and the Restoration Council of Shan State, have made clear their position of backing the democratic forces headed by Aung San Suu Kyi. Notably, the protesters in ethnic-dominated areas have not suffered serious causalities or encountered the wrath of live bullets like in the key cities where the ethnic Burmese are the majority. The Tatmadaw does not want to alienate the armed ethnic groups, which could cause further havoc for the military regime. One part of the five-point roadmap was the junta's pledge to carry out the implementation of the ceasefire agreement with the armed groups.

The second strategy is to abide by the Asean consensus and principles enshrined in the Asean Charter. The March 2 informal meeting among the grouping's foreign ministers via teleconference provided some guidelines. The safety and well-being of the Myanmar people was the main priority, with calls on all parties to stop instigating violence and exercise utmost restraint and flexibility. The Asean leaders also called on all sides to seek a peaceful solution. Most importantly, Asean has expressed readiness to assist Myanmar in a positive and constructive manner.

To further engage Asean, especially the office of Secretary-General Lim Jock Hoi, Thailand could invite Mr Jock Hoi to Thailand for a meeting and consultations in the near term. There are issues to be discussed including the Rakhine crisis where the Asean chief has been taken a leading role. After all, Indonesian Foreign Minister Retno Marsudi as well as Wunna Maung Lwin visited Bangkok recently as part of ongoing regional shuttle diplomacy. Mr Jock Hoi's visit here would help to strengthen Thailand's profile, as the frontline state bearing the negative impacts of the military's heavy-handed approach.

After the UN special envoy on Myanmar, Christine Schraner Burgener spoke at the United Nations about her conversation with the regime, which insisted they would bear any sanctions and would continue to live with few friends, Yangon-based embassies from the Asean members have been asked by her office to help with access to the regime. Apparently, her comments forced the junta to disconnect with her.

Finally, the third strategy is to follow international humanitarian law. With its longstanding role as a transit country for millions of refugees and displaced persons since the late 1970s, Thailand has never shied away from admitting refugees even though it has not yet signed up to the 1951 Refugee Convention. This time is no exception if there is a fresh influx of refugees. In the current crisis, the Thai authorities credit the ICRC as the key international organisation that would be welcomed by the junta, if there were to be a foreign humanitarian partner to work with.

It is well-known that during Cyclone Nargis in 2008, Asean and Myanmar worked together closely to devise rehabilitation and reconstruction plans for devastated areas throughout the country, in particular the Irrawaddy Delta. This time with the tight military control, the survivability of the civil disobedience movement and activities will hinge on overseas assistance as well. With the country's close proximity to Myanmar, assistance both in-kind and cash from the world over would certainly go through Thailand. This could complicate the kingdom's ties with the military regime.

Recently, the Thai government came up with a new regulation governing international civil society organisations which have offices here, under which they have to be transparent in their financial support and transactions as well as overall objectives. Foreign funding will increase exponentially from now on to support the civil disobedience movement inside Myanmar. Obviously, they will have to rely on financial facilities inside Thailand. At the moment, there are attempts on social media to try to link the coup in Myanmar with political developments in Thailand. On the streets in Bangkok in recent weeks, demonstrators used the occasion to protest against the Thai government with messages of support to Myanmar's democratic forces and other liberation movements.