Thailand's 'Next Normal' Vision at UN 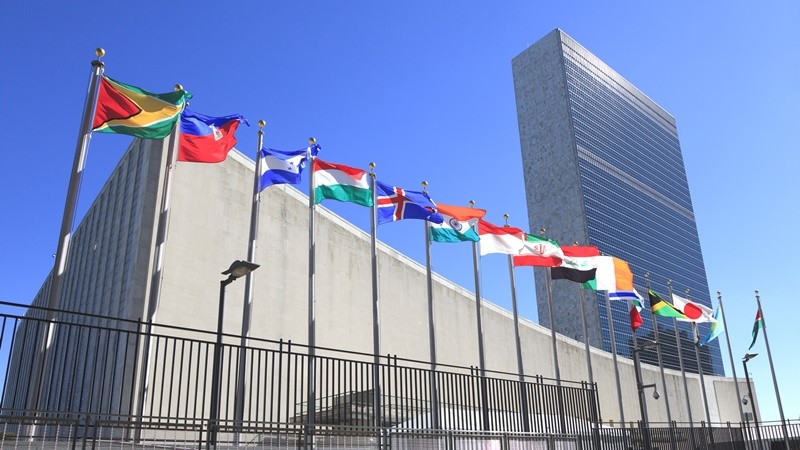 By Mr Kavi Chongkittavorn, Senior Communications Advisor:  This year the United Nations General Assembly (UNGA) was quite exceptional because of its jam-packed agenda dealing with ways to save lives from natural and man-made disasters, not to mention the fraught US-China relationship.

The week-long session heard thousands of speeches by leaders and their representative from all 193 member states about how they deal with their problems and other matters. There were plenty of visions, aspirations and dreams. However, some speeches were mean and boastful.

Amid the pandemic and boiling domestic issues at home, Prime Minister Prayut Chan-o-cha and Deputy Prime Minister and Foreign Minister Don Pramudwinai altogether did their bit, making nearly 10 major speeches covering a whole gamut of transnational issues that contributed to the general debates at the 76th UNGA in New York. Key issues such as fighting the global pandemic, climate change, sustainable development, peace and security, which are frequently lost in public debates at home, were discussed. Worth mentioning are some of these highlights culled from speeches by the two Thai leaders at the UNGA-related sessions up until Sunday. These elements will also form the crux of the country's 13th National Economic and Social Development Plan (2022-2027).

At the outset, one important key phrase that needed to be emphasised was the importance of 'Balance of All Things', a Buddhist concept that looks at the world and natural environment in a holistic, balanced and interconnected way. This was the message from Thailand to the world about how to build back better in the post Covid-19 era, or the "Next Normal".

Since the outbreak, Thailand has been stressing that vaccines and medicines should be considered global public goods that need to be shared and be accessible to all. Developing countries are now struggling to get vaccines for their people. There is an urgent need to distribute vaccines more equitably and quickly to everyone. As a country providing universal health care, Thailand reiterated the importance of achieving Universal Health Coverage (UHC) for all people so they can access quality health services.

In a separate forum, the Global Covid-19 at the Global Summit on Covid-19 hosted by US President Joe Biden, Thailand gave a strong commitment to help the international community end the pandemic without leaving anyone behind. At the same time, it also took the opportunity to outline three action plans that will prepare the country to better handle future health threats.

First, Thailand will vaccinate at least 70% of its population by the end of this year, covering every person in the country regardless of nationality and status. This target now is achievable after the government was severely attacked for mismanagement of vaccine procurement. In the past few weeks Bangkok and provincial cities have swiftly rolled out vaccines for local people.

In comparison with the rest of the region and the world, Thailand is not doing so bad despite some hiccups during the first half of this year. It is hopeful that the pledge to reopen the country by November will be achieved. The government has learned one big lesson during the pandemic that any slip in policy and implementation will turn things around from good to bad. Last month, all the hullabaloo was focused on the study done by Nikkei Asia, which ranked Thailand at the bottom of countries handling Covid-19 after scoring high points last year.

Second, Thailand supports cooperation to boost production capacity of medical supplies and pharmaceutical products. In the past few months, Bangkok has extended technical assistance and capacity-building support in the area of health to its neighbouring countries, as well as medical supplies such as medical masks, PPEs, Covid-19 test kits, and oxygen concentrators to more than 10 countries with high infection rates. In the future, the kingdom hopes that it can also provide its locally produced vaccines to neighbouring countries.

Finally, Thailand strongly called for collective efforts to support the work of the World Health Organization (WHO) and ongoing efforts to develop a Pandemic Treaty. With the unexpected consequences wrought by the pandemic, a more comprehensive treaty for a global health regime is needed to prevent the next crisis. In this connection, the archaic Communicable Diseases Act would be modified to be in closer alignment with the International Health Regulations (IHR) further promoting global health security.

Beyond global health security issues, Thailand also joined the world community in combating climate change. The kingdom informed the UNGA that it has been working on a National Energy Plan with an aim to achieve carbon neutrality by 2065-2070 by enhancing cooperation on Science, Technology and Innovation (STI) with the Eastern Economic Corridor (EEC) being developed as a regional hub for an innovative economy and green industries.

At the UNGA, Thailand also gave a big lift to two popular concepts which are at work in Thailand at the moment -- the Sufficiency Economy Philosophy (SEP) and the Bio-Circular-Green Economy Model (BCG). These are key instruments to realise and maintain sustainable development in all dimensions. In particular, the BCG model, which will be one the main themes of next year's Asia Pacific Economic Cooperation Leaders' meeting in Bangkok, encompasses economic, social and environmental aspects with the help of technology and innovation.

On peace and security, Thailand also has a unique role to play which few Thai people are aware of. The country was active in drafting the early stages of the Treaty on the Prohibition of Nuclear Weapons (TPNW) and subsequently actively promoting its implementation, much to the chagrin of major nuclear powers and their allies. In this connection, Thailand also urged the international community to join hands to build a peaceful environment by promoting trust and solidarity. Moreover, Thailand also pledges to support United Nations peacekeeping operations along with making financial contributions to alleviate the humanitarian situations in Myanmar, Afghanistan and Haiti.