Thailand is not Ready for the CPTPP 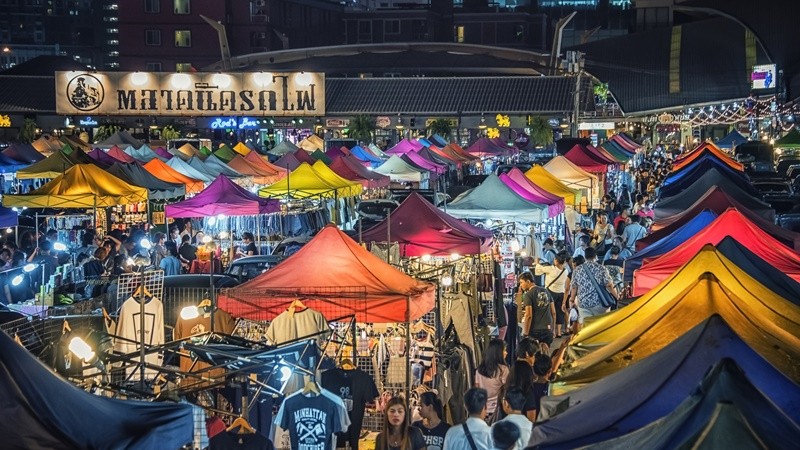 By Mr Kavi Chongkittavorn, Senior Communications Advisor:  In the foreseeable future, Thailand will be shying away from the Comprehensive and Progressive Agreement for Trans-Pacific Partnership (CPTPP). The country lacks necessary preparedness and consensus for the high-end free-trade arrangement. It still needs to modernise the tax system and enact new legislature to catch up with global trading rules. In addition, without any reconciliation of existing polarised views between the governmental agencies, private sector and civil society organisations, any attempt to enter the CPTPP's negotiation process now would be futile. It could also drive a further wedge into society, especially at this juncture.

The Prayut Chan-o-cha government has expressed a strong desire to join the CPTPP this autumn with the hope that the country would be able to negotiate the terms and other conditions as soon as possible with the CPTPP members. But that hope was dashed because Thailand did not file the application during the recent CPTPP Commission meeting on Aug 5, in Mexico.

For the past two years, the Ministry of Commerce reiterated that joining the CPTPP is a must if Thailand wants to compete regionally and internationally because it would boost the country's economic performance and draw in potential investors. In addition, with the damage caused by Covid-19 and its long-term impact, the CPTPP could be one of the cures.

To engage all stakeholders within the country, the cabinet agreed in May to have parliament to set up three subcommittees to look into the cost and benefits of joining the CPTPP related to agriculture and seeds; the economy, trade and investment; and the public health sector. They were supposed to submit their studies early last month, but they asked for another 60-day extension. The new deadline is in early September.

It is highly unlikely that the three subcommittees will come up with any recommendation regarding whether Thailand should join the CPTPP. Their studies will focus on the positive and negative impacts of the CPTPP on the country's economic future. Each sub-committee has identified common and divergent points, and forming a broad consensus still looks a tall order.

Each sub-committee is currently preparing its final report for submission to the government. For the one scrutinising agriculture and seeds, the main concern is all about the protection of plant species including rice. Thai authorities, the private sector and farmers want to make sure that we can protect our plant species.

Obviously, the most discussed topic is the intellectual property provisions under the Protection of New Varieties of Plants Convention, better known as UPOV1992. They forbid farmers from saving and reusing seeds which contain patented plant materials. In Thailand, the Plants Protection Act BE 2542 allows the patenting of plant species within the kingdom. If Thailand decides to join CPTPP, wide-ranging amendments are necessary such as the duration of patent protection and right of Thai farmers to collect their seeds for cultivation. Currently, they can store seeds but only for a non-commercial purpose.

Concerns have also been raised over the UPOV clause, pharmaceutical patents and ISDS, given that the Commerce Ministry's studies did not comprehensively examine the service and investment liberalisation and the impact on e-commerce, state procurement, social and security.
The worst symptom of Thailand's approach to the negotiation of a free-trade pact is public lack of knowledge. Although Thailand has a lot of experience in negotiating free-trade pacts with foreign countries, the authorities concerned have never learned that public understanding is pivotal.

For the subcommittee on the public health sector, the biggest concern remains the same and relates to access to affordable medicines. This issue has been discussed time and again whenever negotiations on a free-trade pact are concerned. When Thailand and the US began to discuss a free-trade arrangement, this topic was the main barrier for the failed attempts back in 2004.

A recent study by Chulalongkorn University's Faculty of Pharmaceutical Science said that as a member of CPTPP, Thai consumers would have to pay more for medicines, further increasing dependency on imported drugs, jeopardising state-owned drug manufacturers.

The findings of the study of impacts of the CPTPP's patent linkage and government procurement for medicines used in state hospitals in the past three decades noted two issues: firstly, with patent linkage which is the tie between the market approval of a generic drug and the patent status of its branded equivalent; secondly, the impact on state hospitals' procurement of medicines. The Government Pharmaceutical Organisation, the study reiterated, has produced many generic drugs, providing affordable medicines to patients after compulsory licensing was initiated in 2017. It enables the country to use cheaper, generic drugs instead of imported brands.

Given the ongoing pandemic, concerned authorities expressed concern that as a CPTPP member, Thailand's effort to transform into a medical hub might be affected. A more comprehensive study on this issue has been recommended by the subcommittee on public health.

Finally, the subcommittee on the economy, trade and investment has lots of reservations as its members examined the impacts in more comprehensive and encompassing ways. For instance, the group considered the pros and cons of CPTPP on Thailand's free-trade agreements (FTAs) and concluded that it would not benefit the country much as the country already has FTAs with all the members of CPTPP except Canada and Mexico. Under the CPTPP, Thailand has to open its market for sensitive products, which is reserved under other FTAs, to all.

One of the biggest shortcomings identified by this subcommittee is the current tax system. The Customs Office needs to reviews criteria and incentives as a precondition and it must be done ahead of time permitting Thai private sectors to benefit from such new arrangements if there is a decision to join the CPTPP.

All things considered, Thailand continues to encounter a strong fear of losing its domestic competitive edges to foreign countries. All stakeholders, including civil society groups, are still far apart on key issues. FTA negotiations are not a zero-sum game, they are give-and-take negotiations, depending on certain sectors the country would like to promote or trade off. Indeed, Thailand can draw lessons from the experiences of Vietnam and Malaysia as their economies shared similar concerns prior to joining the CPTPP. Both countries were decisive and took risks to integrate with the global economy and attract foreign investment. It paid off.

Most importantly, there should be a literacy campaign on the CPTPP and the importance of joining FTAs, otherwise, the same dilemma will emerge whenever stakeholders get together and discuss FTA-related issues. Admittedly, for the time being, Thai public awareness of the impacts of various FTAs on the country and its livelihood is rudimentary. Without a better appreciation of multilateralism and enabling domestic preparedness, any attempt to negotiate FTAs will continue to fall by the wayside.