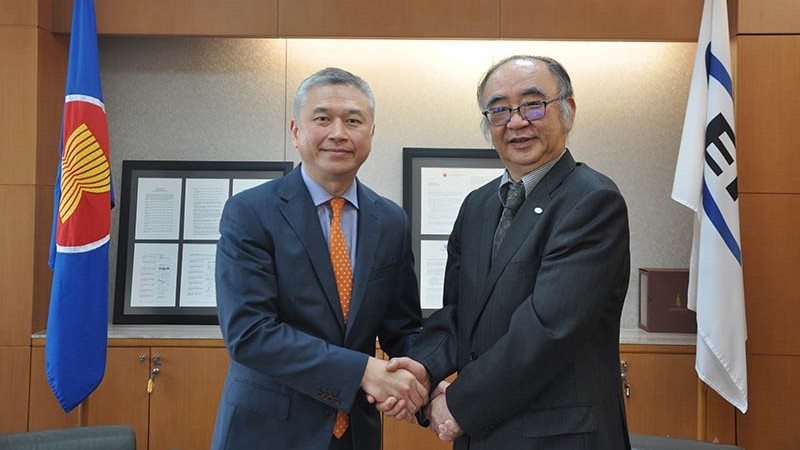 Prof. Nishimura congratulated the success of the APSA Taskforce meeting and assured Mr. Chuchinda of ERIA's continued contribution to the operationalization of APSA.

The project outcome will be reported at the ASEAN Ministers on Energy Meeting (AMEM) to be held in Kuala Lumpur on 7 October by Mr. Chuchinda with the attendance of Prof. Nishimura.

Both dignitaries discussed the Trans-ASEAN Gas Pipeline (TAGP) as well as the LNG market. They expressed assurance on the continued development and strengthening of their relationship toward the advancement of energy cooperation in the Asian region.