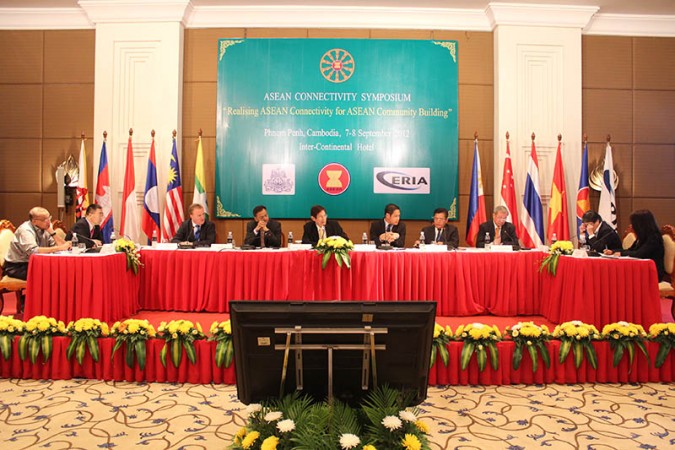 Phnom Penh, September 8, 2012 -- ASEAN public and private sectors have to intensify their coordination to identify priority projects and funding resources to implement the Master Plan for ASEAN Connectivity (MPAC).

These were some of recommendations made by representatives from ASEAN and private sectors who attended the two-day symposium organized by Economic Research Institute for ASEAN and East Asia (ERIA), Ministry of Foreign Affairs of Cambodia and ASEAN Secretariat on 7 and 8 September in Phnom Penh, Cambodia.

Participants also agreed during the symposium focusing on ways and means to implement the MPAC that the absence of private sector's involvement was due to insufficient information such as project details, costs and profitability.

Other issues were highlighted including the important of public and private funding model, known as Public Private Partnership or PPP, for large infrastructure projects. At the moment, the current support under the connectivity comes mainly from dialogue partners such as Japan and China.

The participants made following recommendations: