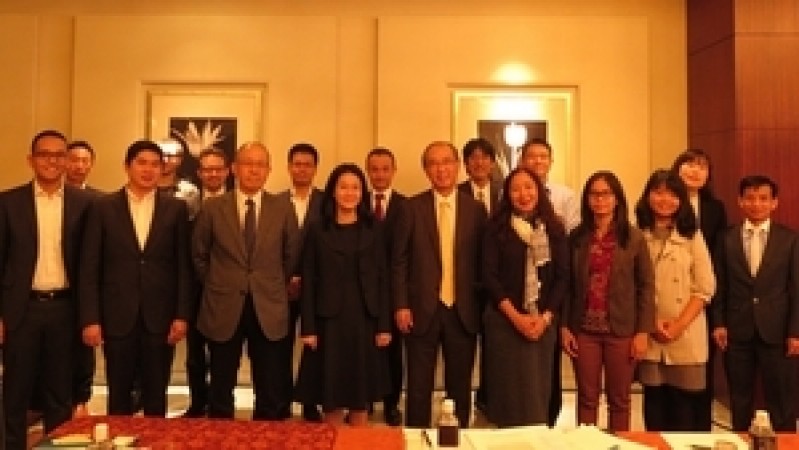 The Economic Research Institute for ASEAN and East Asia (ERIA) held a 2-day workshop on the Regional Comprehensive Economic Partnership (RCEP) in Tokyo, Japan from 22-23 March 2017.

The workshop aimed to provide inputs for the conclusion of the RCEP as well as overall regional integration in the region. As mandated by the East Asia Summit held on 10 October 2013, ERIA will provide analytical support to the RCEP on trade in goods, trade in services, investment, and other issues.

The RCEP, which was launched in 2012, aims to achieve a comprehensive, high-quality, and mutually beneficial economic partnership agreement amongst the 10 member states of the Association of Southeast Asian Nations (ASEAN) and its main trading partners - India, Japan, the Republic of Korea, China, Australia, and New Zealand.

So far 17 rounds of the RCEP negotiations have been completed and the aim is to conclude the RCEP by the middle of 2017.

ERIA's Senior Research Advisor to the Executive Director, Prof. Shujiro Urata, in his opening remarks at the workshop noted that the main reason for the slow progress with the RCEP negotiations are the lack of bilateral free trade agreements (FTAs) between some countries (China-India, China-Japan, and Japan-Korea), especially now that the Trump administration has withdrawn from the Trans-Pacific Partnership (TPP).

He mentioned that East Asia was a latecomer to FTAs with the political difficulties regarding territorial and history issues being the reasons why the China-Japan-Korea FTA and the China-India FTA have not been completed so far.

Dr Archanun Kophaiboon noted that uptake of FTAs has been low. New FTAs or any other trade agreements will only be useful if the agreement can provide higher 'margins of preferences' for business (i.e. benefits minus costs of using the preferences - benefits can be obtained from the difference between most-favoured nation tariffs and preferential tariff rates; and the costs are the costs of compliance with rules of origin). To make sure RCEP or any kind of FTA provides value added compared with the existing FTAs, Dr Lili Yan Ing and Olivier Cadot in their joint paper highlight the importance for East Asia of working on simplifying rules of origin, to make them more business friendly.

During the workshop, prominent economists and academics with a wide range of expertise were given the opportunity to present their papers and share their thoughts on how to provide analytic support for high-quality chapters of the agreement, to help achieve a successful and beneficial outcome for all the parties involved.

The first and second sessions discussed the trend of FTAs in the region from the 1990s to the 2010s, the Thai experience of the use of FTAs, the impacts of FTAs on the profitability of firms, trade policy reforms in Viet Nam, facilitating rules of origin for East Asian integration, the impacts of services trade restrictiveness on the productivity of manufacturing sectors in East Asia, designing an international investment agreement for East Asian states, and the impact of bilateral and regional investment agreements on foreign direct investment in East Asia.

At the end of the workshop, Prof Shujiro Urata and Dr Lili Yan Ing gave their thoughts on each paper and concluded: 'We need to work to bring these papers together, and comprehensively connect them to provide inputs for the RCEP; because the negotiators are not making so much progress we should push for RCEP to be concluded'.

The result of this workshop will be published in an ERIA-Routledge book series by 2018 and a series of policy briefs to be distributed to government official counterparts between now and then.