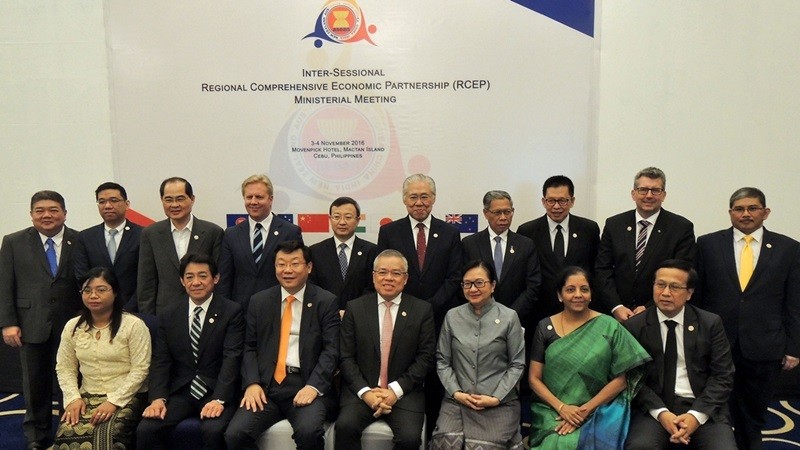 ASEAN is well on its way to becoming a global leader for regional integration and an important step in this process is on deadline. The Regional Comprehensive Economic Partnership (RCEP) negotiations, which were to have been substantially concluded at the end of 2015, will now enter the 18th round in May. Launched in November 2012, the Agreement aims to deepen economic integration between ASEAN and its six Dialogue Partners (Australia, China, India, South Korea, Japan, and New Zealand). Having missed two deadlines, the pressure is on for these 16 countries to substantially conclude negotiations this year. There is much at stake if the parties miss yet another deadline; not least is the reputational risk for the grouping and its six partners.

RCEP was designed to be a comprehensive and mutually beneficial economic partnership agreement, which would involve broader and deeper engagement between ASEAN and its Dialogue Partners by significantly improving their existing Free Trade Agreements (FTAs). It is also intended to be a living agreement, providing a basis for addressing issues that may emerge in the future.

In short RCEP is a forward-looking, inclusive agreement. Ideally, RCEP can be a 21st century model for inclusive integration among countries with different stages of economic development, political systems, ethnicity and cultural backgrounds.

Given global economic and political developments, and with the Trans Pacific Partnership Agreement (TPPA) in abeyance, the ASEAN-led RCEP can be the tailwind needed to counter the rising protectionism that increasingly blocks integration and the benefits of free movement of people, goods and services.

To be sure, the parties involved are aware of the benefits that can accrue from deeper regional economic integration. RCEP must be more than just another FTA involving only the "traditional" elements of market access for goods and services, and investment.

At a recent roundtable of trade experts, economists, and academics, organized by the Economic Research Institute for ASEAN and East Asia (ERIA), it was noted that for RCEP to truly be the impetus for change, it must include three key interdependent dimensions, namely, broad and deep market access that permits people and products to move freely, rules that promote confidence in trade and commerce, and an inclusive approach to economic cooperation which will enable the less developed members to take advantage of the preferences accorded under the agreement.

Further, in the face of global economic developments and technological advancements and disruptions, a forward-looking RCEP must recognize and accommodate newer elements of trade facilitation, Intellectual Property Rights (IPR), e-commerce, new production technologies, and include a future agenda for dealing with these and other evolving issues and developments.

Even as the RCEP parties consider including these elements, they have to resist being compared with the TPPA and being labeled as the less "ambitious" agreement, and the latter, the "gold standard." The consensus at the ERIA roundtable was that RCEP could be the blueprint for open trade and investment in the region and the instrument for improving Asia's economic performance.

The TPPA was seen as pushing a US agenda of disciplines and rules, which were considered "WTO plus." To paraphrase Professor David Vines of Oxford University, RCEP could, on the other hand, demonstrate a more collective, "non-hegemonic Asian leadership" on global economic openness.

Regardless of the level of ambition, in the immediate to short term, it is important for RCEP to aim for balanced and sustainable growth, which would facilitate the involvement of Micro, Small and Medium Enterprises (MSMEs) in the production networks and Global Value Chains of larger companies in the region; use economic and technical cooperation to further MSME development and effective capacity building; focus on trade facilitation; and have trade facilitative Rules of Origin and rules for e-commerce.

In the medium term, the parties must work towards rules or disciplines to support competition (including in the areas of government procurement and state-owned enterprises), IPR and the digital economy.

More importantly, in parallel to negotiations, parties, especially those from developing and less developed economies must consider adjustment policies at the national level, including in infrastructure, education and skills development to prepare to take advantage of the preferences being negotiated. There must also be continuous work on regulatory reform and the management of Non-Tariff Measures.

This region comprises the fastest growing economies in the world. The completion of RCEP negotiations would validate ASEAN's role in the economic integration of this region and global trade and investment.