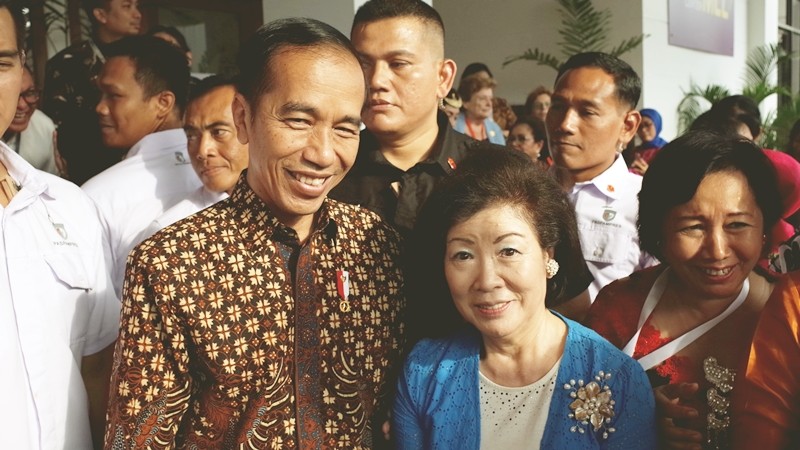 Yogyakarta, 12-19 September 2018: Prof Akiko Yamanaka, Special Advisor to the President of ERIA, delivered a speech to the 35th General Assembly (GA) of the International Council of Women (ICW) ‘Transforming Society through Women’s Empowerment’  held from 12 – 19 September 2018 in Yogyakarta, Indonesia.

This event was hosted by the Indonesian Women’s Congress (Kowani), the oldest and largest women’s organization in Indonesia which is celebrating its 90 anniversary this year.

The Assembly was attended by 200 delegations from 80 countries as well as 1000 representatives of women’s organizations and more than 2000 participants from all over Indonesia and ministers and ambassadors in Indonesia.  H.E. Joko Widodo, President of the Republic of Indonesia, officially opened the conference.

Prof. Yamanaka was one of the speakers of 1st panel discussion `Empower A Woman, Transform A Society’ and she spoke about women’s empowerment in political, economic and education fields.

In giving examples of the reconstruction processes in the aftermath of the 2011 Great East Japan Earthquake, she emphasized the importance of adapting the concept of ‘preventive diplomacy’ not only to conflict and war, human security, water security, food security, and energy security, but to respond to natural disasters as well.

In conclusion, she pointed out three things that will be key for raising awareness for future peace and stability of the international community: first, ensuring social resilience; second, addressing common interests; and third, establishing an age of balance.

Before the conference, she visited ERIA’s headquarters in Jakarta and had a meeting with Prof. Bambang Subiyanto, Vice President of Indonesian Institute of Sciences (LIPI) on 11 September.