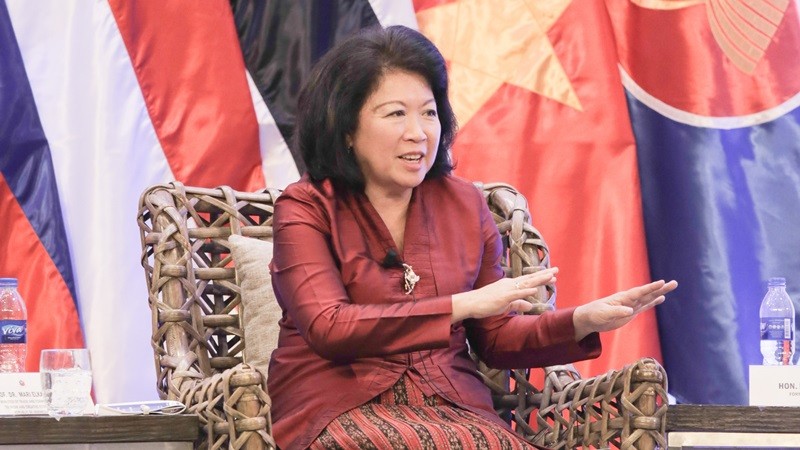 Prof Pangestu replaced Prof Dr Armida Salsiah Alisjahbana, who had to resign from her post as a Governing Board member following her appointment as the Executive Secretary of the United Nations Economic and Social Commission for Asia and the Pacific (UN ESCAP). She is Professor of International Economics at the University of Indonesia, Senior Fellow at Columbia School of International and Public Affairs, Board Member of Indonesia Bureau of Economic Research (IBER) and on the Board of Trustees, Centre for Strategic and International Studies Foundation, Jakarta.

She currently serves on a number of boards such as the Leadership Council of the UN Sustainable Development Solutions Network (SDSN); Member of the High Level Commission on Carbon Prices; Distinguished Fellow Asia Global Institute, University of Hong Kong; Board Member to Australia Indonesia Council; Member of Editorial Board of Bulletin of Indonesian Economic Studies, ANU; Member of the Global Future Council on Trade and Investment, World Economic Forum; and President of the United in Diversity (UID) Foundation, Jakarta.

Prof Pangestu worked with Jeffrey Sachs on the UN Secretary General Millennium Development Goals (MDGs) Review (2003-2005), was the WTO Group-33 Chairperson (2005-2011), and was nominated as candidate for the WTO Director General (2013).  In March 2018, she received the 2018 Distinguished Fellow Award by Eisenhower Fellowships. She obtained her BA and MA from the Australian National University (ANU), and her PhD from the University of California Davis.