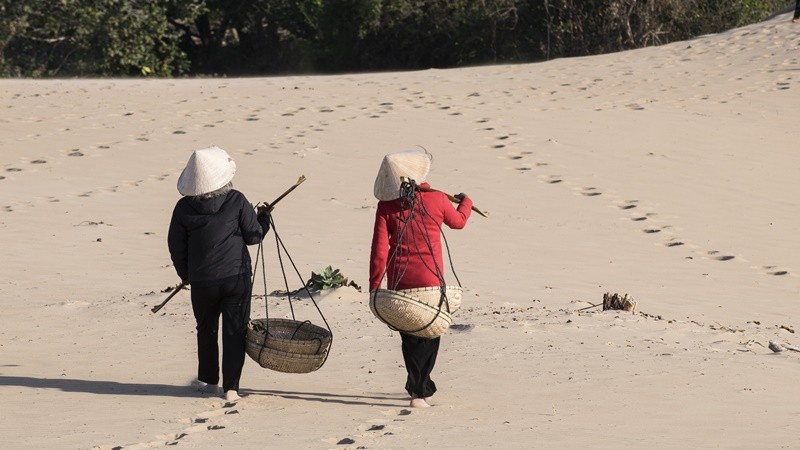 By Mr Kavi Chongkittavorn, Senior Communications Advisor:  Beyond 2025, what will Asean be like? Will the grouping become less relevant as many political pundits often predict? What are existential threats to Asean? Is Asean going to expand its membership? How can we make Asean a more inclusive organisation? Can Asean make effective decisions faster in response to a crisis? Will Asean be able to navigate the competition between the superpowers?

Can Asean members reconcile their national with their regional interests? How can Asean centrality be protected and promoted? What are the future prospects of a digital economy in Asean? Will Asean protect and respect the human rights of its citizens? Is there any possibility that Asean will engage more with civil society organisations? How can Asean bridge the development gap in the future?

These often-asked questions and a lot more should be answered in the near future when the High-Level Task Force (HLTF) on the Asean Community Post-2025 Vision begins its work. The HLTF, which is developing Asean Community's Vision 2025, met for the first time on April 1 at the Asean Secretariat. The 20-member team discussed the work plan for the HLTF this year as well rules, procedures and core elements of the post-2025 vision.

It is interesting to note that the HLTF has two tiers of engagement -- eminent persons (EPs) and high-level representatives (HLRs).

The first group comprises eminent persons (EPs) who have well-rounded knowledge and direct experience with Asean.

Two former secretaries-general, Ong Keng Yong (2003-2007) and Le Luong Minh (2013-2017), were selected by the member countries. Their combined hands-on experience and perspectives as former chiefs of Asean will help to guide the trajectory of Asean's future beyond 2025 to 2035. The Thai HLTF team comprises Vice Foreign Minister Vijavat Isarabhakdi, who will join the EP group, and deputy permanent secretary for Foreign Affairs, Soonthorn Chaiyindeepum, as a HLR.

By the second week of November, Asean leaders will have approved the core elements drafted by the EPs.

Then the second group, the HLRs, will have to put meat on the bones of the draft that would cover the whole gamut of Asean Community issues, touching on all three pillars -- security/political, economic, and social/cultural.

At their first meeting, which was co-chaired by Cambodia as the current Asean chair and Malaysia as the permanent shepherd of the HLTF, all members quickly agreed on the rules for procedures and the workplan. The co-chairs outlined the impetus for the team.

First, they outlined the challenges, both traditional and non-traditional, posed by global mega-trends and a rapidly changing geopolitical and economic landscape that will require joint action and response from Asean. Furthermore, they explored the opportunities to harness and address those challenges in the most collaborative, accommodating and constructive way possible.

For the time being, the HLTF has to focus on these overarching themes. Looking back 55 years, Asean has come a long way to reach this current stage of development. However, as a regional intergovernmental organisation, Asean is still found wanting in all areas, still imperfect as it was and has always been.

Asean became the community of 656 million people that it is now due to the efforts of its founding fathers and various action plans and visions set in the past decades. With the current Vision 2025 that envisions the region as a "Zone of Peace, Freedom and Neutrality", Asean is now facing a new slew of challenges, for instance, the Covid-19 pandemic, transboundary-pollution, climate change, heightening of rivalries among major powers, and regional tensions, both near and far, for example, the crises in Ukraine, Myanmar to mention just a few.

Therefore, the Asean Vision Beyond 2025 should be both "forward" and "outward" looking in terms of inter-Asean engagement, as well as its relations with the wider international community and dialogue partners which have become more influential by the day.

Before the current vision expires in four years, there will be more issues to be discussed, based on the input from stakeholders, especially civil society organisations and grassroots groups, which of late have been active in assisting their governments in tackling and coping with the negative economic and social impact of the pandemic. The new vision should shift Asean's top-down approach towards a more inclusive process.

In the first meeting, the HLTF has already identified priority issues taken from the three pillars.

For instance, on the political and security pillar, it highlighted topics relating to Asean centrality and engagements with external powers through Asean-led mechanisms and others, such as Indo-Pacific frameworks. Asean has its own outlook on the Indo-Pacific and is currently working on operationalising its guidelines. The objective is to keep Asean engaged with all external powers, with the bloc playing a central role.

In the economic domain, the key challenge will be figuring out a way through which member countries can bridge their developmental and digital gaps.

Asean will have to reimagine the future of connectivity within the region, and how various sub-regional cooperation schemes can be optimised to bring more economic and social benefits to the bloc's citizens. The HLTF should also be aware that the differing views between the bloc's mainland and maritime members can undermine the group's solidarity.

On the socio-cultural pillar, the HLTF will have to work on a number of challenges, especially those relating to sustainability in the post-Covid-19 world, gender empowerment and equality, and transformation of the Asean community into one in which no one is left behind.

In addition, Asean needs to ponder ways to better protect its citizens' basic human rights, after more than two decades of rights promotion. In the future, it is crucial that the HLTF engage with the region's young people, who will be the future of Asean, in order to create a strong sense of Asean consciousness among them.

On top of these pending challenges, it is important to enhance institutional capacity through improved Asean cross-sectoral work and strengthening the Asean Secretariat.

Even when the vision for Asean 2025-2035 is completed, there will be new ideas that build on past successes and progress. That said, they won't be radical ones. After all, the HLTF's task is not to invent a new wheel.

One thing is clear, Asean will need to remain resilient and pragmatic to face the changing global order that will emerge beyond 2025.

Above all, Asean should be a rule-based, people-oriented community where its citizens' basic human rights and fundamental freedoms are protected.