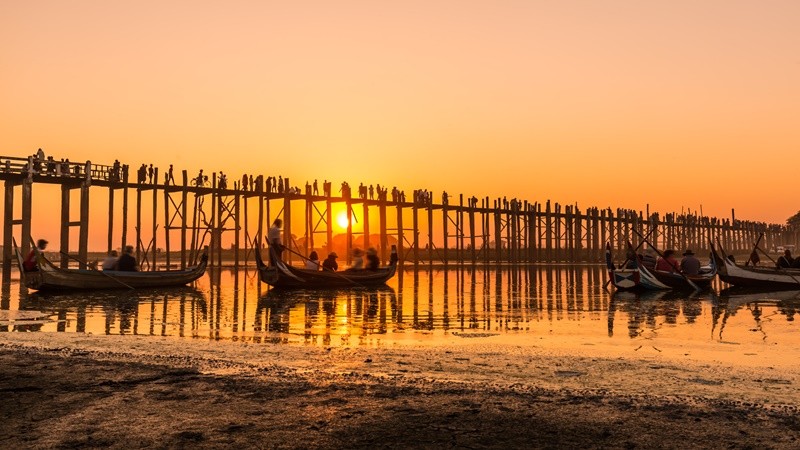 By Mr Kavi Chongkittavorn, Senior Communications Advisor: Ten months into the crisis in Myanmar, Thailand is still scrambling for a well-balanced policy that would lessen the anxiety of all the peoples of Myanmar, both living in and outside the country. The latest news of a new influx of migrant workers across the Thai-Myanmar border has sent a chilling message to the Thai authorities, especially those who deal with national security.

According to the Bureau of Immigration, from January to October this year, a total of 32,170 illegal migrants crossed over from Myanmar to Thailand. In September and October alone, 11,101 people illegally crossed the border. The future trend does not look good. The ten provinces bordering Myanmar have been placed on high alert -- Ranong, Prachuap Khiri Khan, Phetchaburi, Chumphon, Ratchaburi, Kanchanaburi, Tak, Mae Hong Son, Chiang Mai and Chiang Rai.

With the arrival of the dry season, the Thai security apparatus is extremely worried there could be a new, bigger influx of persons fleeing the fighting in various parts of Myanmar. In the past several months, the fighting has been focused in the northern and northwestern parts, causing over 250,000 displaced persons. The number could vary depending on their mobility and whereabouts as they search for safe shelter. Other countries which share borders with Myanmar face similar problems, except those who have sealed off the frontier.

Several Western countries have urged Thailand to open up its border if there is an influx of people fleeing the conflict inside Myanmar. For the time being, the Thai government has expressed readiness to provide temporary shelters along the border, especially in the areas from Mae Hong Son in the North down to Ranong. Additional temporary shelters are planned in Tak province, which has experienced more illegal entries than other provinces. International aid agencies would also like to see more shelters that would last longer.

Last week, Thailand assumed the chair of the Asia-Pacific Economic Cooperation (Apec) for 2022, and the Prayut government has come up with new economic plans to revive the stalled economy. Opening up the country on Nov 1 was one of several measures to begin the "next normal" so Thailand can join the global economy and improve commercial activities. Over the weeks, the media has focused on the arrival of tourists at key airports around the country. Only state-run media headlined that large groups of Myanmar migrant workers along the western frontier and Cambodian migrant workers along the eastern border have been waiting for the opportunity to cross over into Thailand.

But the immediate challenge to be taken care of is the labour shortage. Several industry sources say that Thailand needs at least 400,000 workers to pump up economic growth in various sectors. Truth be told, the government has pursued policies regarding migrant workers in passive, old-fashioned ways. Given the current severe shortage of migrant workers, all concerned ministries, especially the Labour, Public Health, Foreign Affairs and Interior ministries and the National Security Council as well as security-related agencies must sit down and work out short-, medium- as well as long-term plans. These plans are needed to ensure the migrant workers will be protected, provided with sufficient welfare and spared from human traffickers. Meanwhile, those involved with human trafficking must be prosecuted. The government must think about migrants long term in a different lens, beyond cheap labour. If they are well-treated, they can contribute their maximum in writing a new chapter for the economic development that the Prayut government has envisaged.

It was a good news last week when Public Health Minister Anutin Charnvirakul pledged to vaccinate all migrant workers across the country and all non-Thai citizens for free, starting December. It is a tall order but not an impossible task as more vaccines are becoming available. Just a reminder to Mr Anutin that an estimated 2.3 million registered workers from Myanmar are going to make Thailand their home. Look around. Some have already raised families here and their children speak Thai as their first language.

The government should also initiate a new immigration policy that would allow long-term Myanmar's workers to have permanent residency so that they can plan for their future and those of their families. That way, they could become a constructive force in rebuilding Thailand instead of having to run away or catch up with new cabinet decisions every time they are made. Other foreigners who have better financial incentives have been granted long-stay visas.

The challenges for Myanmar's workers will increase as economic stress and security-risk assessments kick in. These workers as well as those residing in border camps must be handled with care and the utmost understanding of the serious implications for Myanmar-Thai bilateral ties. Thailand is now caught in a major dilemma due to close ties with the current military junta in Nay Pyi Taw on the one hand and an increased dependence on Myanmar migrant workers, who adore the jailed Aung San Suu Kyi and back the opposition groups on the other. Both sides have the capacity to induce man-made crises that can seriously affect Thailand's economic and social fabric and development plans.

It is imperative that the government contemplates a better communication strategy with all Myanmar stakeholders. More outreach programmes and activities aiming at improving the livelihoods of Myanmar's people must be top priority and augmented. All government agencies must help to ensure sufficient information in local and indigenous languages is available for them at any time. At this juncture, the information available is in Myanmar national languages only. Their understanding and perceptions of Thailand are extremely important at this moment when conflicting parties in Myanmar have not reached a point of political reconciliation or of holding a dialogue. Updated information can help to soothe the general anxiety.

This helps to explain the country's benign policy towards Myanmar since the crisis started. Thailand has fully backed all efforts decided by Asean including the five-point consensus. Bangkok has been the key coordinator, through the Thai Red Cross, to channel humanitarian assistance including Covid-19-related medical items and materials to its Western neighbour. Mass vaccination of Myanmar people who crossed the border already started two weeks ago. The Thai government has asked for more vaccine donations for these groups. This effort will continue until everyone in Thailand gets the inoculations they need.