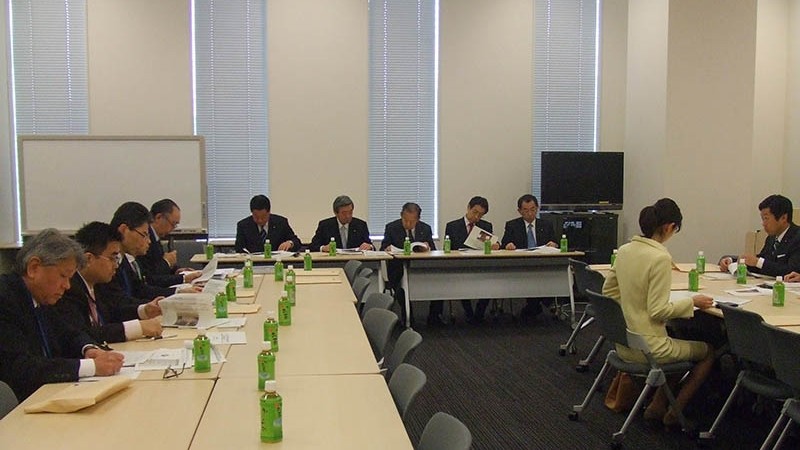 Parliamentary League for ERIA consisting of the Liberal Democratic Party, New Komeito, and the Democratic Party of Japan led by Chairman, Mr. Toshihiro Nikai (Former Minister of Economy, Trade and Industry of Japan) held its 3rd meeting on December 20, 2013 in Tokyo, Japan.

Prof. Hidetoshi Nishimura, Executive Director of ERIA, was invited to the meeting.The meeting was moderated by Mr. Takamori Yoshikawa, Secretary-General of Parliamentary League for ERIA and Mr. Nikai made opening remarks. Prof. Nishimura, Executive Director of ERIA, briefed the meeting on the recent progress of ERIA, highlighting its role in supporting the Summit activities and expressed his appreciation to the members of Parliamentary League for ERIA for their continued support and encouragement. Mr. Hideo Suzuki, Director-General, Trade Policy Bureau, Ministry of Economy, Trade and Industry of Japan, reported on ERIA's outcomes from the ASEAN-Japan Commemorative Summit which was held in December 2013 in Tokyo.The members exchanged views on ERIA's activities and its future direction and cooperation and reaffirmed their support to ERIA in its contribution to the Community building in ASEAN and East Asia.