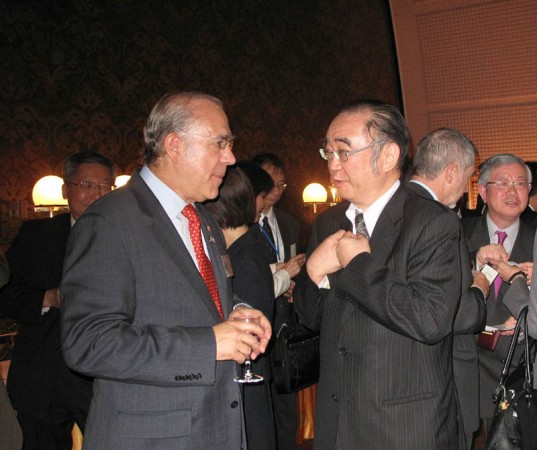 In this occasion, Mr. Nishimura met with Mr. Angel Gurria, Secretary-General of the OECD. They discussed future cooperation between both parties. Mr. Angel Gurria promised to come to ERIA for his next official visit to Jakarta.