Journalists and Diplomatic Community Discuss ASEAN Outlook on the Indo-Pacific 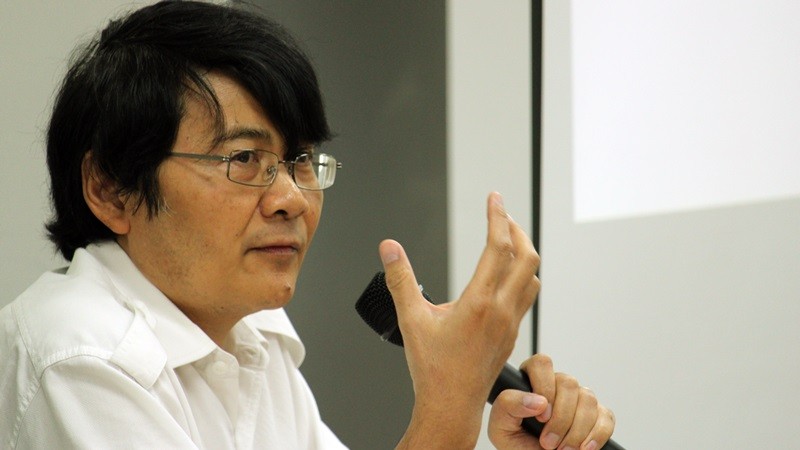 Jakarta, 4 July 2019: The ASEAN Outlook on the Indo-Pacific is a dynamic and living document that aims to protect ASEAN interests and promote cooperation on the maritime domain, which was adopted by ASEAN Member States in a relatively short time thanks to Indonesia’s strong leadership and Thailand’s support, as discussed by the three panelists during the Jakarta Media Briefing on 4 July 2019.

The Briefing was co-hosted by the Economic Research Institute for ASEAN and East Asia (ERIA) and the Jakarta Post to discuss The Role of ASEAN in the Indo-Pacific Era. This panel discussion was moderated by Ms Lydia Ruddy, ERIA’s Director of Communications.

Dr Siswo Pramono, Director General of Policy Analysis and Development, Ministry of Foreign Affairs of the Republic of Indonesia, was the first panelist of the session. He focused his explanation on the creation of the ASEAN Outlook on Indo-Pacific.

‘If you look at the Background, there are some keywords like ‘dynamics’, ‘geopolitical and geostrategic shifts’, and then of course ‘ASEAN interests’. These three keywords are pretty much inter-related. ASEAN interests must be protected and must be advanced, when we have dynamics due to geopolitical shifts. I think this is the background. And I think because the dynamics and geopolitical shifts are still happening, it is very wise to have a very dynamic and a living document. So, from time to time, you have a chance to review, to adjust, and the document must be flexible,’ said Dr Pramono, adding that ‘maritime’ is stated as another keyword due to the Southeast Asian people’s historical background.

‘We are sea people, because sea is the way we communicate and transport our things to the rest of the world. That is why the maritime domain is very important, and one of the cooperation will be on maritime aspect,’ he said.

The second panelist was Mr Endy Bayuni, the Senior Editor of The Jakarta Post, who commented on the speed at which the Outlook was endorsed by ASEAN leaders since its inception.

‘You know ASEAN as much as I do. This is actually quite a record to get a text like this within just 1.5 years. We all know the ASEAN way. We take time and with the consensus, it needs all the countries to agree to a goal,’ said Mr Bayuni.

‘I think how the ASEAN leaders eventually agreed precisely because of the flexibility, and it is of course inclusive, as one of the characters. The Indo-Pacific concept or ideas were more there to counter the rise of China. But the ASEAN Outlook on Indo Pacific is inclusive and makes it easier for the other countries to embrace. Of course, ASEAN centrality is also important.  I think the word flexibility is very important and typical of ASEAN documents. If the Indo-Pacific Outlook had been more concrete, more binding, there will be no agreement,’ he added.

The final panelist was Mr Kavi Chongkittavorn, Senior Communications Advisor of ERIA. He explained how the Indo-Pacific concept finally came into existence after several disagreements. He also said that Indo-Pacific is inclusive and comprehensive because it covers all 3 pillars of ASEAN Community.

‘In the end, when Indonesia takes a strong lead, ASEAN follows. If you look at the history of ASEAN, you [Dr Pramono] mentioned Bali Concord. It is not the first, second, or third Bali Concord, but all of them. We are actually looking forward to the next Bali Concord.  This is what it is. It takes the ties to support Indonesia, I have to credit the Thailand chairmanship, otherwise it would be very difficult,’ said Mr Chongkittavorn.

‘It was very clear that the Thailand chairmanship agrees with Indonesia. I think the chemistry of ASEAN chair with the rest of ASEAN member is very crucial. What I would like to say is, now the ball is in the ASEAN court and the Indo-Pacific will serve as a common guideline for ASEAN interactions with its dialogue partners. We are the catalyst. Like it or not, we have to live up to our objective as Pak Siswo has mentioned,’ he said.

During the Q&A session, there was a question regarding a low coverage on ASEAN Outlook if compared to Indo-Pacific’s strategy and how to overcome this huge gap. Mr Chongkittavorn responded by saying that the narrative of ASEAN mostly does not come from the local journalists. He encouraged ASEAN journalists to take back the narrative.