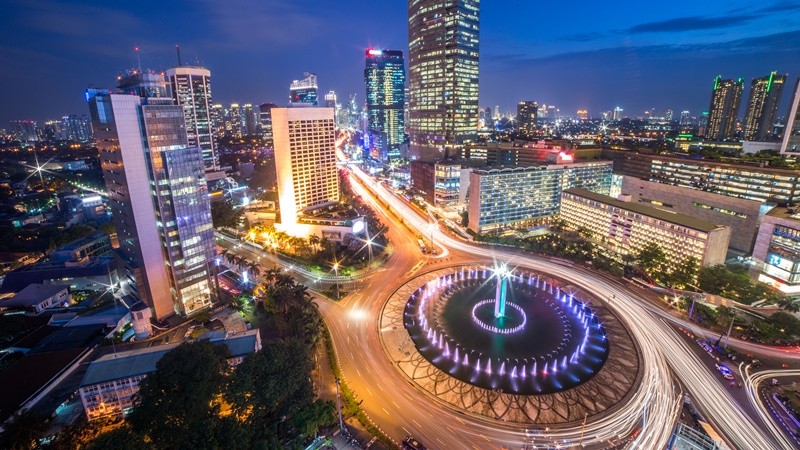 By Dr Lili Yan Ing, ERIA's Lead Advisor for Southeast Asia Region: 2020 has been very challenging, but 2021 is not going to get better anytime soon.

The invention of vaccines may help one third of the population to return to their normal activities but only at the rate of 60-70% compared to before the pandemic. In addition, the incoming Biden administration may embrace the multilateral system. But these will not necessarily solve all the problems.  The world is facing one year of serious economic downturn, and it will take at least three years for the world to recover.

COVID-19 has brought the worst economic impacts in the modern era, hitting the world from both demand and supply sides simultaneously.

Although Indonesia recorded a slight pick up in the third quarter of 2020 as it experienced economic growth of –3.5% compared to –5.3% in the second quarter, this should not make us complacent for three reasons:

First, non-performing loans have been increasing –reaching the highest level since the Global Financial Crisis. The non-performance rate went from 2.6% of total loans in 2010 to 3.2% in September this year.

Last, it is true that Indonesia recorded a trade surplus of USD 13.5 billion between January and September this year, but the surplus was driven by a sharp decline in imports instead of an increase in exports. Imports declined by 18% and exports declined by 5,8%. What concerns us is that the decrease in imports were largely driven by decreases in imports of machinery and raw materials, which will be translated into decreased industrial production next year and may cause a significant number of workers being laid off.

The Biden administration may help bring the US back onto the right track of multilateralism, but it does not mean that world trade will be back to the levels prior to the crisis anytime soon.

President-elect Biden could take immediate actions to restore the multilateral trading system including: (i) removing Section 232 of national security measures including health measures imposed by Trump, which will facilitate trade in goods, and (ii) vetoing of a new judge in order to give life to the currently not-functioning Dispute Settlement Body as well as appointing Ngozi Okonjo-Iweala as the Director General of the World Trade Organization (WTO).  However, a key principle embodied in the WTO of ‘a single undertaking –nothing is agreed, until everything is agreed’ results in slow progress in all WTO decisions, which will not help the rapid recovery of world trade.

In the meantime, while 15 East Asian countries just sealed the biggest regional trading block with the signing of the Regional Comprehensive Economic Partnership (RCEP), the US seems unlikely to join Comprehensive and Progressive Agreement for Trans-Pacific Partnership (CPTPP). While there may be a strong willingness from Japan, Australia, Singapore and Vietnam to bring back the United States into the CPTPP, US domestic pressures may be strongly against it.

The US and Europe should acknowledge that there will be no more hegemony in world trade. With a rising China, India, and Southeast Asia, the United States should reflect on their own history to recall the 1930s when they were a rising economic power overtaking the UK. Now is the time for the US to work together with China and the rest of the world to create a fair playing field for everyone.

Given that Indonesia’s domestic issues of rising NPLs, stagnant FDI and domestic investment, declining imports of machinery and raw materials, as well as a global economic slowdown and the fact that world trade is not going to be better soon, the Indonesian government should not do business as usual, we should not just wait and see, we should conduct a massive transformation.

First is Stimulus. it is crucial to improve the implementation of stimulus to revive domestic consumption and thus trigger a return of business back to normal. Stimulus is key to boost domestic consumption until next year. It is vital to target the right beneficiaries. If we fail to make good corrections, we will be trapped in a prolonged recession. We should ensure COVID-19 social safety-nets work effectively and efficiently, but only temporarily. We should allocate tax incentives to productive activities, not consumption goods. It is a must to ensure fiscal and monetary stimulus is well targeted and well disbursed.

Indonesia should also prepare to provide another significant fiscal stimulus in 2021 given the fact that unemployment will remain the same and business will not be not back to normal; and we have to increase the disbursement rates of fiscal and monetary stimulus, and ensure the programs are ‘purely social and not political’’.

Second is FDI and Export-Import. We need to improve our trade and investment by streamlining export-import and investment procedures. We should also optimize the use of the Preferential Trade Agreements (PTA). The use of PTAs/FTAs in Japan is about 83%, while in ASEAN is only about 21—23%.

Japanese, Korean, and Taiwanese have been looking for FDI relocation and have considered Indonesia as a good alternative. However, we have not seen any success stories of these reallocations so far. Indonesia should make massive reforms, not only online procedures and obtaining certificates of origins, but also the automatic licencing systems in place.

Last, at national and regional levels, we need to work on streamlining Non-Tariff Measures (NTMS). To give you an idea, in the 10 ASEAN countries, applied tariff rates have declined from 9% in 2010 to 4.3% in 2020, but the number of NTMs increased from 1,635 to 9,502 measures over the same period. In East Asia, the number of NTMs increased more than five times over the same period. There is no use of having reduced tariff rates if we do not work on NTMs. We should also take more proactive solutions at the regional and multilateral levels.

In conclusion, while Indonesia recorded slight improvements in the third and fourth quarters compared to the second quarter this year, yet we are still far below the normal business. We cannot just ‘wait and see’ or ‘hope and hope’. The government should be very strategic; we should take into account the worst scenario in domestic and world economy and then design the best strategy to move forward.

This opinion piece was written by ERIA's Lead Advisor and Senior Economist, Dr Lili Yan Ing . It has been published  in The Jakarta Post and The Manila Times Click here to subscribe to the monthly newsletter.