Indonesia and Japan: a role model in bilateral relations 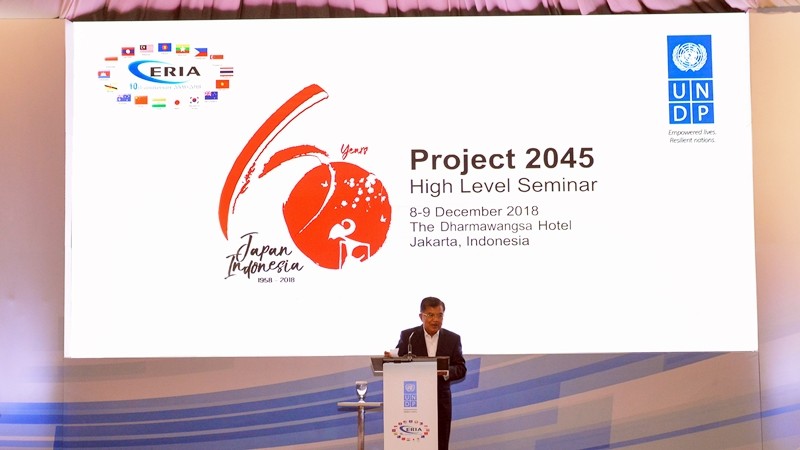 By Cantika Rustandi, Communications Consultant: The past few years point to signs of a changing global order that has significantly impacted global stability. Many countries are working together to strike a new equilibrium, symbolizing a modern era in international relations.

One example of the changing global times is China’s expanding economic and political power, which has caused tensions with the United States, Japan and Southeast Asian countries. Further, significant economic powerhouses have shown a growing appetite for unilateralism evident through protectionist and populist rhetoric as well as policies. Today’s reality is that the global order has not only shifted, it has shifted drastically.

During these uncertain times for international cooperation, particularly among the major powers, a solution is needed to counter the negative effects of growing unilateralism, which encompass instability and an economic slowdown. One possible solution is spearheaded by Japan and Indonesia through their Project 2045, the cooperation vision between the two maritime democracies moving in line with Indonesia’s 100th anniversary.

The project is more than a blueprint on how Indonesia can achieve prosperity and peace in 2045 with Japan’s assistance; it is also the coming together of two middle powers to bring stability to the region. Due to their significant roles in the global economy, the impact of Japan and Indonesia in the future can shift the power of Asia’s economic foothold.

Japan and Indonesia have shared 60 years of diplomatic ties, which have flourished into one of East Asia’s most robust diplomatic relationships, and the region should take note. To think of the Japanese and Indonesian governments reaching such a high-level of solidarity 60 years ago would have been a far-flung idea. Now, both maritime democracies have linked arms to plan for the next 26 years in understanding the importance of their relations for the stability of the East Asian region.

Indonesia and Japan are on different spectrums of the global economy in terms of development yet both countries have found a way to reciprocally prosper. Even though Indonesia makes up the largest share of ASEAN’s GDP, is one of the most sought-after emerging markets and is consistently predicted to become one of the world’s top ten economies by 2030 by McKinsey and PricewaterhouseCoopers, the country still has miles to go before establishing a strong industry. For Indonesia’s economy, the expectations are high, and challenges are aplenty, however, if Indonesia can realize its “high scenario”, the country’s economy will rank as the fifth largest while Japan will be fourth largest globally.

Understanding the potential and existing challenges of Indonesia’s economic progress, Japan stepped in to help Indonesia achieve its vision of becoming a top-five global economy by 2045. Investment is fundamental for Japan to help Indonesia reach its 2045 economic goal, as it will enable the Southeast Asian country to be more competitive in the global value chain.

The benefit for Indonesia is such a likelihood would reinforce its export-oriented economy, stabilizing its current account. Proper investment in the Indonesian economy would also help the more than 1,750 Japanese companies operating in Indonesia through the production of export-quality goods, greater customer loyalty and a boost in demand.

Economic cooperation by the two maritime democracies has become an increasingly natural decision considering Japan’s active role in Indonesia’s economic expansion. Based on statistics from Indonesia’s Investment Coordinating Board (BKPM), Japan ranked first in investment realization with a total FDI of  $4.7 billion in 2013, whereas in the fourth quarter of 2017, Japan ranked second in investment realization covering 2,069 projects. If the collaboration succeeds in the coming future, a stronger Indonesian economy along with Japan’s would thus lead East Asian countries to rely less on major powers, while helping to generate greater stability in the regional economy.

On the political front, both countries are strong supporters of democracy in spite of the different maturity levels of their governments. As one of Asia’s oldest stable democratic governments, Japan offers in-depth insight for Indonesia, which has a relatively young democracy. Indonesia, on the other hand, has defended its “Bhinneka Tunggal Ika” or “Unity in Diversity” national motto and democratic principles in times of political hardships. The decision has proven to be crucial with the country battling recent waves of mass demonstrations and rising intolerance. Moving forward, both governments must continuously foster their diplomatic relations as defiance against democracy grows, while attending to the changing global climate, namely by 2045.

Japan and Indonesia have also worked on stabilizing regional security in East Asia, where countries, which are part of the Indo-Pacific, have been prone to conflict since equipoise in the region changed against China’s rising influence. Ensuring that the waters of the Indo-Pacific, including the South China Sea, are free and open is crucial for stimulating continued trade and economic activity.

As part of the Indo-Pacific, Japan and Indonesia have similar strategies to control the quarrel over regional waters, which often involves the South China Sea. Indonesia is guided by its “free and active” foreign policy, and hence turns to diplomacy and cooperation for a resolution. Japan has also opted for international cooperation and diplomacy, evident in its “Free and Open Indo-Pacific” foreign policy strategy which works to promote the rule of law, connectivity and stability to establish a free and open maritime order in the Indo-Pacific. Future territorial disputes in the Indo-Pacific are imminent, thus it is up to Japan and Indonesia to ensure that tensions do not escalate and East Asian governments refrain from the use of force.

What six decades of Japan-Indonesia relations have shown is that more is achieved through collective action. Achieving prosperity and peace as stated in Project 2045 is not unrealistic, however, considering the political, economic, and social hurdles along the way, the journey will instead be difficult. Nonetheless, Japan and Indonesia are prime examples that differences can be celebrated without the need to backtrack on international cooperation. As such, East Asia ought to look at Japan-Indonesia relations to understand the importance of regionalization amid a changing global order, and the advantages gained when diversity is utilized as a binding force.

Ms Cantika Rustandi is a communications consultant at the Economic Research Institute for ASEAN and East Asia (ERIA) and an MA graduate from the University of Groningen, the Netherlands. The views expressed here are personal.
This opinion piece has been published in The Jakarta Post. Click here to subscribe to the monthly newsletter.