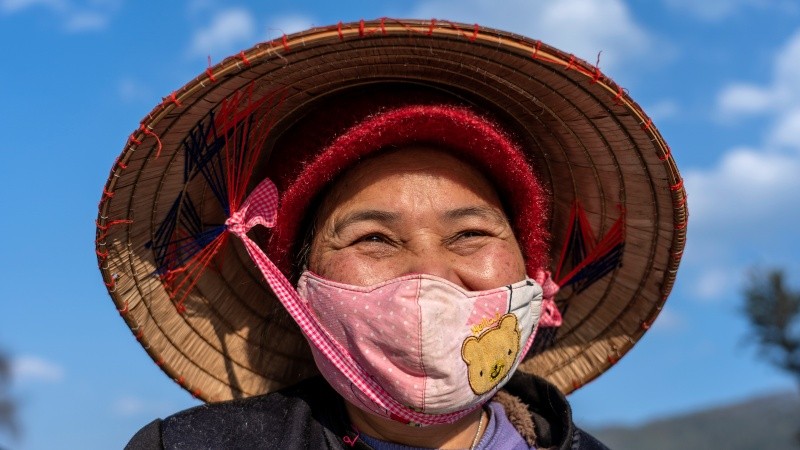 By Kavi Chongkittavorn, Senior Communications Advisor: Prior to the World Health Organization categorising the Covid-19 outbreak as a global pandemic, nobody would have imagined that the most of the world would be in lockdown as it is today, with over one billion people forced to stop doing their daily routines as they are advised to stay at home to avoid contracting and/or spreading the virus. To survive, each affected country, big or small, will have to use whatever skills and resources they have to fight this common enemy.

Medical experts say it could take several months, if not years, for communities across the globe to become interconnected again. As such, it isn't premature to start thinking about the new global and regional order which will emerge after the pandemic dies down.

Obviously, the global economy will experience further disruption before growth can pick up again, as conflicts and trade wars continue unabated. But post-pandemic, governments worldwide will have more powerful tools to keep their populations in check. Governments will also be backed by stronger nationalist sentiment, which they can use to overcome difficulties stemming from the outbreak, or further their own agendas.

Several likely trends will emerge -- some are expected, but others will be unexpected, the outcomes of a new regional order.

First, the Covid-19 pandemic will lead to a better coordination and cooperation on public health issues among more developed nations -- the biggest, albeit only, good outcome of the outbreak. No country wants to quarrel about a disease they know they cannot fight alone. All they want is to eradicate the monster quickly. In the G20 statement issued last week, the leaders of the world's most advanced economies pledged to do whatever it takes to overcome the pandemic. They promised to inject US$5 trillion (about 152.9 trillion baht) in fiscal spending to prop up the global economy. It was welcome news to see the G20 leaders so ready to cooperate to fight the virus together. During the teleconference, they also committed to implement and fund health programmes to combat the virus.

Second, like it or not, Trumpism has already replaced American exceptionalism. According to Prof Martin Jacques of Cambridge University, US President Donald Trump is assigning more value to the American economy than American lives. Mr Trump keeps repeating that the US will return to normal before the Easter holiday -- that is April 12 -- because for him, anything that slows down the US economy will diminish his chances of getting re-elected in November.

Mr Trump has been doing all kinds of media spinning including going as far as labelling the virus 'a hoax', and downplayed its severity on TV. He portrayed the virus as a foreign enemy and himself as a war-time president who will save the country from a Covid-19 invasion. He knows his engagement with the virus will determine the fate of his presidential bid in November, and he won't let this opportunity slip away, whatever the cost.

Third, the strategic competition between US and China will continue and take a fuller form. It will go beyond trade, technology, cyber space and climate change to include global public health issues. There will be oscillating moments of tension and reconciliation.

Both countries have been blamed each other for the virus' origin, but by insisting on referring to the virus as the 'Chinese virus' Mr Trump has displayed his deep-rooted prejudice. Although of late he has changed his negative tone, the damage has been done. In addition, over the past two years, Mr Trump has often portrayed China as an unfair trader, trying to steal technology and refusing to follow international rules.

Last week, Chinese President Xi Jinping made a phone call to the US leader, signalling a reconciliatory effort. He called on the two countries to work together to tackle the virus and said Beijing 'wishes to continue sharing all information and experience with the US'.  According to the US media, Mr Trump responded positively.

This pattern of exchange is typical and will continue in the post-pandemic world.

It will be more difficult for the US to persuade other countries, especially in Europe, to adopt its rhetoric against China. From now on, emerging narratives of China's role in the world will be multifaceted and broad, extending beyond the Belt and Road Initiative.

Fourthly, the world will be focused on the rise of China and its growing influence in health emergencies and global governance, much to the chagrin of Western countries.

The way China successfully put down the virus has now been adopted by numerous Western countries, with or without acknowledgement. According to their State Council Information Office, China has dispatched aid to 89 countries and four international organisations. For those who are interested to find out how China got its act together and fought the virus, China's 'Covid-19 Response Measures as Global Public Good', prepared by the China Institute of International Studies, is a good read. The recently released 59-page booklet explains in detail the 10 measures the Chinese government adopted to fight the virus and laid out the reasons why Beijing put the health and safety of its people first.

Fifth, key Asian economies -- Japan, China and South Korea -- will take a major pause to consider the dangers across their shared frontiers and their common fate.

Who would have thought that South Korea, which has been very critical of Beijing's actions towards its security stance, would welcome an assistance package from China? In a similar vein, China thanked Japan for its generosity during the virus crisis -- and unexpected positive outcomes keep on coming.

Mutual sympathies expressed by their respective citizens speak volumes about how they feel towards one another, despite their longstanding antagonism and rivalries. Of course, historical grievances and border disputes won't disappear overnight, but from now on it will help if leaders in each country can think of the time they shared the same anxieties and worries.

This warming of relationships will make the delayed Tokyo Olympics the perfect chance to unite Asia's economies. Japan's revitalisation will benefit the whole region and its multilateral trading system. Indeed, Japanese Prime Minister Shinzo Abe said convincingly that the Olympic Games will be a proof of human victory over the coronavirus. For the international community, the games will be a beacon of hope after the pandemic madness.

The new diplomatic rapport among three giant Asian nations will have a great impact on the region's economy in the post Covid-19 world. Most importantly, it will also create new geopolitical and geostrategic dynamics.

Fortunately, Asean has an excellent relationship with its Plus Three partners. Vietnam, the current Asean chair, must nurture and strengthen this new solidarity. Asean must continue to serve as a bridge for the Plus Three countries to further their cooperation, and the dream of building the so-called East Asia Community will be within reach.

Finally, Asean will emerge stronger by learning from its shortcomings during this tumultuous period. While they have expressed a strong commitment to do things together on paper, in reality, a lot of actions failed because of a lack of coordination and a failure to harmonise border-crossing protocols and other measures needed to govern a community of 654 million people.

The Covid-19 pandemic is a wake-up call for Asean, that in crises of this magnitude, no member states can stay idle and rely on their bureaucracies to do their own thing.

Thailand, as Asean's chair last year, released 'Asean Vision 2040', a five-volume research paper on the bloc's future. It calls for 'Asean to step boldly forward and be more pro-active, nimble, forward looking, united, and more deeply focused on people empowerment and engagement'. Post Covid-19, that seems to be the right pathway.