How to Unlock the Potentials of ASEAN's Private Sector for the Great Energy Transition? 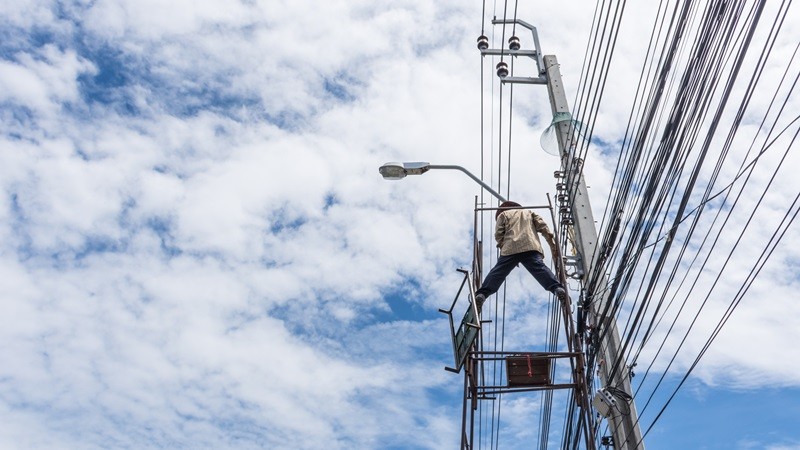 South East Asian countries are faced with a set of interconnected yet fundamental energy transition dilemmas. The region's rapidly industrialising economies, intensifying levels of urbanisation, and increasing prosperity of the middle class have created unprecedented demand for energy and electricity services. The average energy use per capita of the 10 Association of Southeast Asian Nations (ASEAN) members remains quite low - about 0.61 metric tons of oil equivalent per person, compared with 1.10 for China, 4.67 for Japan, and 1.69 for the world. But the use of commercial energy has increased substantially over the last 25 years. The region is endowed with about 8% of the world's fossil fuel resources. For example: Nearly all of ASEAN's coal reserves are located in Indonesia (83%) and Viet Nam (10%). Natural gas and oil are found in Brunei Darussalam, Indonesia, Malaysia, and Viet Nam. Indonesia and the Philippines have substantial geothermal energy reserves, making them the second and fourth largest producers of energy from geothermal resources worldwide. Hydropower is abundant in Thailand, Indonesia, and Viet Nam. And all the ASEAN countries are endowed with biomass, a common noncommercial energy source for cooking and energy, particularly in the rural areas. This diversity of available energy resources provides opportunity for cooperation. The challenge of energy resource development, distribution, and energy poverty of the region is rivaled by the difficulties associated with improving energy security and reducing carbon emissions.

Managing the Multiple Challenges of Meeting the Future Energy Demand

South East Asian countries face challenges in developing their energy resources and distributing them from their remote locations to those urban centres of production and consumption where they are needed most. Moreover, the economic and energy geography of South East Asian countries is highly uneven. In 2015, at least 134 million people in the region, or 22% of the population, were without access to modern electricity. The region has thousands of low-lying islands, comprising major portions of Indonesia and the Philippines, which are extremely disadvantaged in-terms of energy access. Since the Paris Agreement in December 2015, and the ratification of Intended Nationally Determined Contributions (INDCs) in November 2016, the countries of this region are now paying more attention to advancing viable and scalable low-carbon energy transformation options.

In the business-as-usual scenario, the energy supply of these countries is projected to increase steadily from 619 million tons of oil equivalent in 2013 to 1,685 million tons of oil equivalent in 2040, growing at an annual average rate of 4.7%. This projected growth is higher than that observed between 1990 and 2013, when it averaged 4.2% per year. Carbon emissions during the projection period are estimated to grow by 4.0% per year. The difference between the total energy use in the advancing policy scenario and the business-as-usual scenario shows the approximate potential of clean energy development and energy saving that could be achieved by these countries through the implementation of advanced policies on increasing efficiency in the electricity production and consumption, transport, residential, and industry sectors. These policies are expected to contribute to a 13% reduction in energy demand by the end of 2030, and thus avoid carbon emissions of at least this magnitude.

It is estimated that the overall low-carbon energy supply infrastructure investments to meet the INDC targets will steadily rise, and cumulatively US$2,100 billion is needed by the year 2030 for ASEAN countries. About 46% of this requirement will be in the power sector, followed by about 17% for energy efficiency. There is demand for low-carbon investment finance for many types of projects with diverse needs. Each investment has its own distinctive risk profile, in which different factors - market, technical, and regulatory - have different degrees of prominence. From an infrastructure financing perspective, there is one overarching concern about low-carbon investments: that, due to regulatory, market, and financial barriers, the cash flows during a project's lifetime may be insufficient to pay back the amounts invested in real terms and earn a reasonable return. Regulatory barriers include misalignment of energy policies with climate and social development policies. Subsidies remain as a market barrier that has an impact on energy prices and that reduces the cost advantages of low-carbon energy production and consumption. Abrupt fluctuations in exchange rates and interest rate rises constitute financial risks related to new investments. Similarly, investors have different time horizons and varying levels of tolerance for risk. There is no easy solution to tackle these risks. A learning process is needed between the policymakers and the finance industry to de-risk the investments. Policymakers of the region need to understand the types of risks and the regulatory and incentive mechanisms necessary to attract investments. The financial community needs to appreciate the distinctive nature of low-carbon investments from the sustainable development perspective and to develop suitable vehicles for financing low-carbon energy infrastructure projects that take account of varying sizes of investment, operational models, and investment objectives. Intermediaries such as international financial institutions and commercial banks can offer effective financial products such as Special Purpose Vehicles and Green Bonds.

Role of the ASEAN Member States

What could help unlock this source of private finance for the low-carbon energy transition? Research undertaken by the Economic Research Institute for ASEAN and East Asia recommends several steps that governments can take towards accelerating low-carbon infrastructure projects:

Public funds play a crucial role in stimulating private investment on the scale necessary to provide affordable and sustainable energy infrastructure development. Direct investment in renewable and energy efficiency projects is only one aspect of government involvement. Other forms, such as partial credit guarantees in cooperation with international financial institutions such as the World Bank and the Asian Development Bank, are likely to play a more important role in catalysing private sector investments to facilitate the future ASEAN wants.

How to Unlock the Potentials of ASEAN's Private Sector for the Great Energy Transition?

This opinion piece has been published in Jakarta Globe. These opinions are his own and do not necessarily represent ERIA.Click here to subscribe to the monthly newsletter.