How to Survive in a Binary World 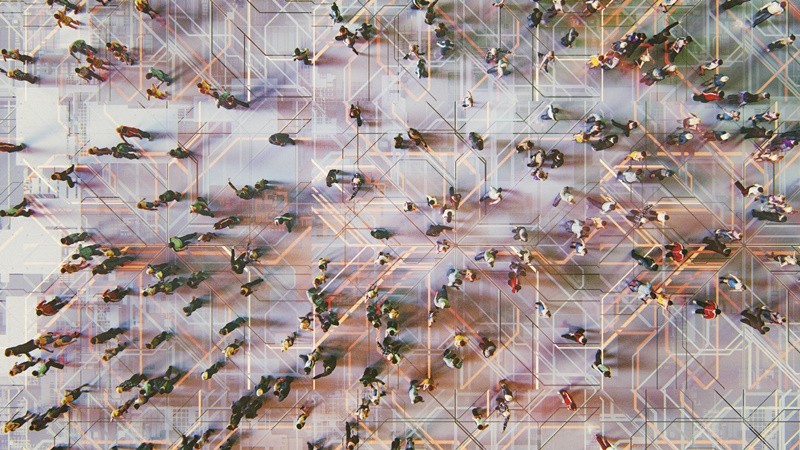 By Mr Kavi Chongkittavorn, Senior Communications Advisor:  Like it or not, we are today living in a bifurcated world as never seen before. In the past, the so-called divided world was half real and half-imagined, with no clearly defined red line. That gave a lot of room for diplomatic maneuvering to all countries not wanting to be caught in an unfriendly situation. Today, this room is becoming smaller and more toxic.

The Russia-Ukraine war has pushed the schism between the US/Europe, its allies, and the rest of the world to its limits. Those who identify with the American-led side are considered supporters of democracy and international rule of law as long as they back the Western approach to the global world order. Then there's the rest.

This narrative is a bit simplistic because it is based solely on US initiatives and views of the world -- an 'us against them' mentality. In a world of connectivity and ubiquitous social media, such a label could be dangerous and cause misunderstandings.

Outside the Western sphere in the past seven weeks, India has emerged as a new force to be reckoned with. As the world's largest democracy and pursuing neutral diplomacy, the global leaders, whatever their labels, are coming to New Delhi for support and much-needed optics. As a member of the Quad (Quadrilateral Security Dialogue) and Brazil, Russia, India, China, and South Africa (Brics), India is well-positioned to link up with all others, if it so wishes.

Besides India, it is interesting to define the countries that do not align with the West. Both Russia and China have been named as the two main challengers to the America-led coalition in their efforts to establish a new world order. Moscow and Beijing want to see a multi-polar world. There are many countries around the world that support this tenet but are not necessarily associated closely with them.

At least three-quarters of UN members belong to this second group, which has not issued any sanctions against Russia's invasion of Ukraine. They did not condone Moscow's blatant act. Variations in their diplomatic approaches towards the current conflict in Europe are visible, even among the European countries themselves, and the way they view the world post the Russia-Ukraine war.

Lots of middle-level powers and other developing countries, Thailand included, are not picking sides. They want to maintain their independence and strategic autonomy. In the past, this pathway was not difficult to pursue and maintain as the superpowers' rivalries were more rhetoric than calls for action. This time it is a different ball game.

The West is currently trying to isolate Russia and punish one of the world's most powerful countries rich in energy and food resources. For the West, it is an urgent task, impossible as it may seem, to bring Russia to its knees whatever the price. Nonetheless, there are also countries that have different ideas.

Take Asean as a case study: it has 10 members with diverse world views and diplomatic practices. Each has tried to protect its national interests and ensure its place in the global system, which is currently shaken by the Russia-Ukraine conflict.

Among the Asean members, there are three groups. The first group is represented by Singapore, the only Asean member to have imposed sanctions on Russia. The country's respect for the principle of sovereignty and independence is similar to the second group, which comprises six other members, namely Thailand, Indonesia, Malaysia, Cambodia, the Philippines, and Brunei. The only difference is that they have not followed the West in imposing economic sanctions.

Both Vietnam and Laos, which abstained from voting against the Russian aggression in early March, have been mute so far.

Unique has been the case of Myanmar. Its credited UN envoy voted to condemn the aggression against Ukraine. But the State Administrative Council in Nay Pyi Taw is truly on the Russian side as Moscow has backed the regime against international isolation and sanctions from the beginning.

As the war enters its seventh week, more and more countries are filled with empathy and are addressing the impacts on deteriorating human security not only in the conflict areas or its European neighbours but the whole wide world.

Discussions are now ongoing in various capitals in the Middle East (Gulf States), Asean, China, India, and others on ways and means to forge close cooperation in providing humanitarian assistance to needy people affected by the Russia-Ukraine conflict.

They jointly came out with four appeals -- to support the continued Russia-Ukraine peace talks and any agreement that might be reached; to prevent large-scale humanitarian crises and provide humanitarian assistance in a timely manner; to curb the negative spillover effects and sustain the global economic recovery, and finally to safeguard hard-won peaceful developments in the region and the world. These sentiments are widely shared due to the trajectory of the conflict over the weeks.

It is high time for those countries which do not supply arms to both conflicting parties to work together to rescue humanity. This new cooperation will fill the gap ignored by superpowers' rivalries. It is the third force inside the UN that can help to maintain the balance of this binary world.