ERIA Senior Economist: RCEP as Engine for Development in ASEAN 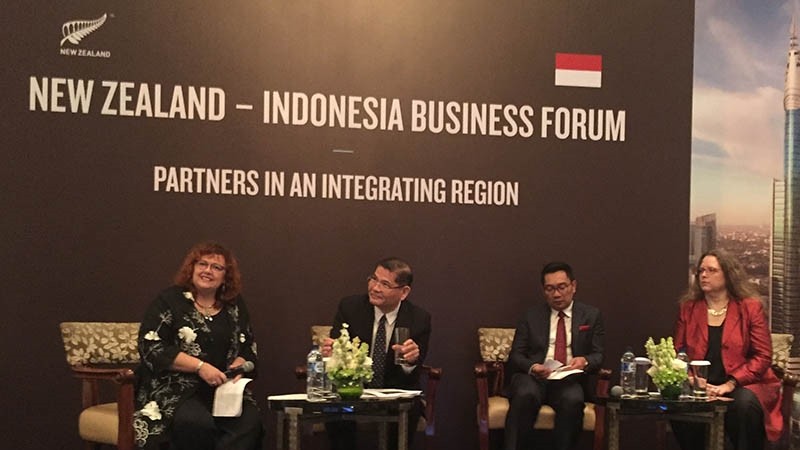 Dr Intal called on the business community to give inputs on regulatory reform.

'It's (RCEP) about integration and supply side reform - not just market access. Integration cannot happen successfully without business inputs,' said Dr Intal, adding that ASEAN countries, China, and India all require supply side structural reforms to move up the development ladder and raise competitiveness. RCEP should be ambitious so that it can be a concerted integration-cum-supply side reform agenda facilitated by technical and economic cooperation.

The New Zealand-Indonesia Business Forum: Partners in An Integrating Region was held on 18 July 2016 and attended by high level representatives of Indonesia's business community. The Prime Minister opened the Forum with welcoming remarks that highlighted Asia as the global centre of change and growth. The keynote speech was delivered by Hon Todd McClay, the Minister of Trade of New Zealand who noted that with its regional focus, RCEP could reduce costs and consolidate trade rules.

Indonesia's Minister of Trade, H.E. Mr Thomas Lembong, responded by stating that BREXIT should be seen as a wake-up call for ASEAN. 'Technocrats need to be less technocratic. We need to communicate clearly and precisely the benefits of trade to the people. This is a period of soul-searching for trade ministers,' said H.E. Lembong.