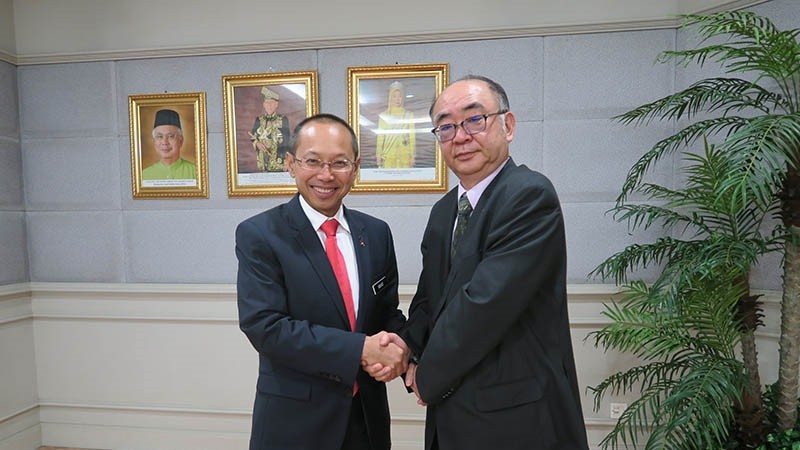 ERIA had earlier submitted to the 5th East Asia Summit in 2010 the original version of the CADP. The CADP presents a grand spatial design of economic infrastructure and industrial placement in ASEAN and East Asia. It also provided the conceptual framework for the Master Plan on ASEAN Connectivity (MPAC) drafted by the ASEAN Secretariat together with ERIA.

Observing the progress of infrastructure development and expecting continuous economic growth in ASEAN and East Asia, ERIA proposed to the 9th East Asia Summit in 2014 to revise the CADP (draft CADP 2.0) and the Leaders welcomed this proposal.

CADP 2.0 extends the conceptual framework for "connectivity and innovation" and emphasizes the importance of quality infrastructure. CADP2.0 is also expected to be significant inputs for the post-2015 MPAC Agenda.

The Minister was pleased with ERIA's continued engagements with the region and the chair country of ASEAN, Malaysia. He looked forward to the convening of the International Symposium on 'Stronger ASEAN Socio-Cultural Community' as a culmination of a fruitful collaboration between ERIA, the ASEAN Secretariat and the Ministry of Tourism and Culture, Malaysia.