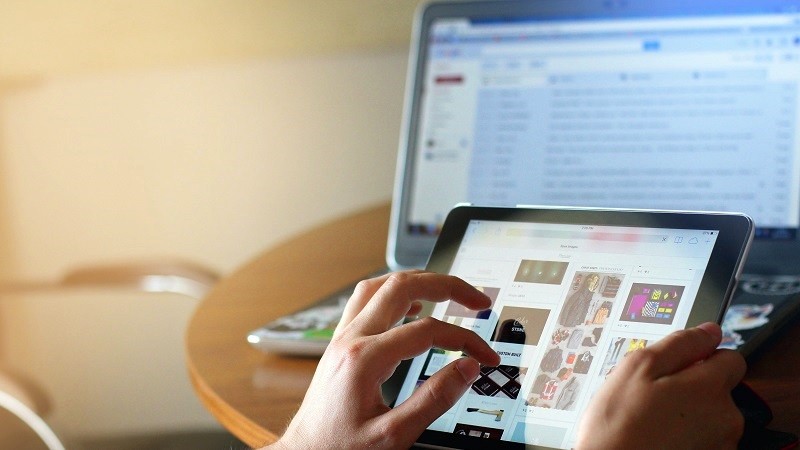 Over $25 billion in the gross merchandise volume was settled within within 24 hours through Alibaba's online retail marketplaces on this year's 'Ali-double-11' (November 11) global e-shopping festival. Another leading e-commerce platform, JD.COM, reported a $19 billion online orders the same day.

Asia is benefiting more than any other region in the world when cross-border e-commerce has introduced new dynamics to international trade. Global retail e-commerce sales growing faster than traditional retail sales since 2014.

E-commerce in many Asian markets will see double-digit growth in the next five to ten years. India, Indonesia, and Malaysia are among the fastest-growing retail e-commerce markets in the world at a rate of over 20 percent per year. E-commerce in China is growing at an annual rate of around 17 percent. From 2015 to 2021, the region's total market revenue from e-commerce will increase from around $320 billion to over $900 billion. The Chinese market will contribute over 90 percent of this growth. China's share in the global e-commerce market will increase from about 30 percent in 2015 to nearly 40 percent in 2021; while India and the ten ASEAN member states will increase the combined share in the global market from 2.5 percent to four percent. With growth like this, Asia is likely to be the global epicenter of e-commerce by 2025.

What drives this intense growth?

First, adaptiveness. Economic digitalization is a worldwide phenomenon. The information revolution is associated with the emergence of new market conditions and dynamics in a global business environment. To some extent, the region's adaptiveness to global economic digitalization comes from its capacity in technology adoption and incremental innovation. On one hand, the deep involvement in global value chains opens the window for Developing Asia to access the latest technologies and also facilitates their learning. And at the same time, the countries' capacity for incremental innovation allows them to benefit from second-mover advantages to grow faster and even leapfrog to the front of the market - the popular use of e-payments in China and the success of the Alibaba group are typical examples. In ASEAN, facilitation of the growth of e-commerce is one of the six main areas covered by the E-ASEAN Framework Agreement, whilst at the national level, developing a digital economy and e-commerce have already been part of most Asian countries' national strategies and action plans.

Second, market gravitation. Despite the new features of a digital economy, the development of e-commerce is still influenced by traditional conditions for economic development such as market size, trade facilitation, investment freedom, and so on. Asia covers almost half of the world's population, nearly 30 percent of the world's Gross Domestic Product and 40 percent of world trade. In age distribution, 70 percent of the population in ASEAN is between 15 and 64 years, representing a large market on the consumer side and a large labour force on the producer side. By 2015, more than 1.2 billion people, or about half the households in the region already had access to the Internet.

A population connected to the Internet not only represents consumers linked to the e-commerce market but also suggests those who may have higher purchasing power in society. In the case of ASEAN, Internet connectivity is widespread in Singapore and Malaysia, and plays an important role in their economies. Nearly 90% percent of households in Singapore are Internet users.

In 2012, the Internet-related economy accounted for 4.1 percent of Malaysia's national gross domestic product. Even the less-developed CLMV countries - namely Cambodia, the Lao PDR, Myanmar, and Viet Nam - are quickly catching up. The proportion of Internet users in Viet Nam increased from 1.3 percent to 52.7 percent between 2001 and 2015. Whereas, the number of Internet users grew at 34.7 percent in Cambodia and 32.4 percent in Myanmar per year.

Third, readiness. E-commerce development needs support from technology, market, and government policy. A country's readiness to support the digital economy will determine the level of success of businesses involved in e-commerce. Information Communication Technology (ICT) drives the development of e-commerce by expanding the volume and capacity of online communication, especially the use of fibre-optic cables and commercial satellites. Moreover, physical infrastructure that provides stable and fast Internet connection is a precondition for e-commerce development. In particular, many emerging Asian countries have made great progress in developing mobile broadband. Almost 80 percent of Chinese users and two-thirds of users in ASEAN use a smartphone to access the Internet. The least developed economies of ASEAN (Cambodia, Laos, Myanmar and Vietnam) have among the highest growth rate of mobile subscriptions. Specifically, the compounded annual growth rate ranges from 36 percent in Cambodia to 70 percent in Myanmar. Indian smartphone penetration rate is projected to increase from 58 percent in 2015 to 74 percent in 2021.

All these data provide a compelling foundation to endorse e-commerce development.

A most urgent task is to build a region-wide e-commerce enabling environment, for which market mechanisms should take the lead, but the role of policy intervention should not be neglected. For instance, e-commerce value chains depend upon both the physical world and virtual cyberspace. It needs government's involve to set up rules, regulations, and legislation in both the physical and virtual parts of the market to ensure the security and stability of e-commerce growth.

In addition to a country's national efforts, progress towards regional integration has provided policymakers extra channels to promote e-commerce development via deeper market integration and cooperation, especially in regulation harmonization and service liberalization. Typically, when thinking of long-term e-commerce success, human capital and innovation is the key. It not only poses higher requirements on the coverage and the quality of education and training system, but also calls for region-wide service liberalization to improve mobility and help diffuse knowledge.

The region's potentials for e-commerce development has increasingly drawn policy attention. Asian countries have been putting more inter-governmental effort to enhance cross border collaboration. The ongoing RCEP negotiations include extensive discussion on e-commerce and the related issues, including consumer protections, data localization, IPRs, cyber security, and many others. It is not too ambiguous to foresee a chapter of e-commerce/digital trade in the final agreement of RCEP that is comparable to the one in the TPP agreement. Even so, it still needs Asian countries' persistent effort on implementation, which is crucial to turn the potentials into ultimate success.

This opinion piece has been published in Bangkok Post, China Daily Asia Weekly, and Myanmar Times. These opinions are his own and do not necessarily represent ERIA.Click here to subscribe to the monthly newsletter. 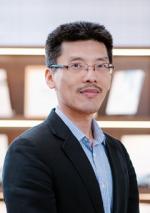 Lurong Chen is a Senior Economist of Economic Research Institute for ASEAN and East Asia (ERIA). He obtained his PhD Degree (International Economics) in Graduate Institute, Geneva. His research interests include digital economy, Asian regionalism, global value chains, trade in services, and IPRs. He is also working on FTAs, Chinese economy, and RCEP negotiation. Before joining ERIA, Dr Chen was a Research Fellow at the United Nations University.