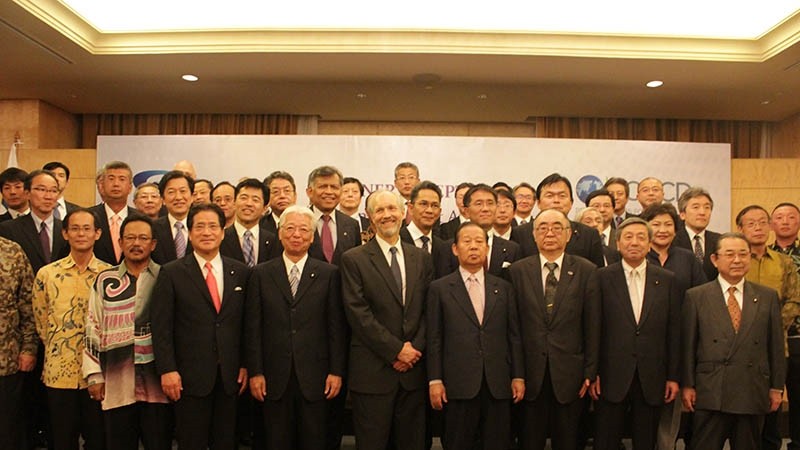 In the commemoration of the first anniversary of the signing of the memorandum of understanding (MoU) between ERIA and the Organisation for Economic Co-operation and Development (OECD), ERIA and OECD conducted a series of commemorative events.

For this, the delegates of Japan's Parliamentary League for ERIA and representatives of Japanese enterprises led by H.E. Mr. Toshihiro Nikai, former Minister of Economy, Trade and Industry of Japan and Chairman of the League participated in the events and celebrated the first anniversary of ERIA-OECD cooperation.

On 4 May, ERIA and OECD organized the symposium on "Inspiring the ASEAN Community Towards 2025" and a tree-planting ceremony to celebrate the first anniversary of ERIA-OECD cooperation.And on the same day, a memorial planting ceremony was also held near the building where the ERIA Annex and OECD Jakarta offices are located with the presence of the delegates, Ms. Yumiko Murakami, the head of OECD Tokyo Centre, and Prof. Nishimura.

The delegates also visited ERIA on 3 and 4 May 2015. Prof. Hidetoshi Nishimura, ERIA Executive Director, and ERIA staff welcomed the delegation.

Pictures: Celebration of First Anniversary of the Signing of MoU between ERIA and OECD