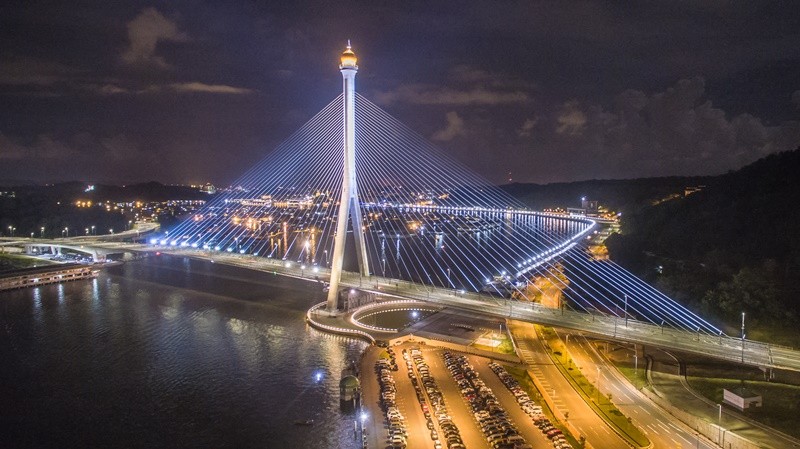 By Mr Kavi Chongkittavorn, Senior Communications Advisor:  By default, Brunei's Asean chairmanship has brought into the open the bloc's strengths and weaknesses for all to see due to political disruption within the region. Throughout its 54 years of existence, Asean has been chastised and belittled as a talk-only-no-decision institution. Given the current environment, its success in maintaining regional sustainable peace and development for the past five decades nevertheless has become little more than a cliché.

The international community tends to forget that the existing stability has been built and nurtured through the decades-long resilience, persistence and unwavering commitment of Asean's members. It is not something that just came out of thin air. That is why Asean has survived, surprising all the sceptics who underrate the bloc. Frankly speaking, without Asean, could they have anything interesting to say today?

To be fair, during the past six months the so-called "Team Brunei" has done everything by the book, strictly observing the non-interference principle and consensus. Truth be told, this is an arduous process of "trust-building" with all stakeholders, both inside and outside Myanmar. Harsh criticism against the chair ignores the complexities involved. For instance, the delay in appointing an Asean special envoy is a good case study. Each Asean member has proposed its candidates for the Brunei chair to select. After the names were picked, Asean members could not agree on the modalities of whether there should be a single special envoy or a group of eminent persons.

As it turned out, this selection process has dragged on for nearly three months because there has been no consensus. Brunei originally planned to announce the names of the Asean team in early June after a visit to Nay Pyi Taw. Therefore, the chair has been searching for names that would be acceptable to all. The pressure on Brunei was further compounded by internal fighting between the Tatmadaw and armed elements from ethnic groups and the civil disobedience movement. With the worsening Covid-19 pandemic and mounting death toll coupling with growing frustration at Asean's perceived inertia, the people of Myanmar and the international community's sense of hopelessness increased and turned extremely hostile.

Thanks to the respected status of Brunei as a tiny nation without the "small country syndrome" or political ambitions, it has been able to withstand this abusive bombardment from certain Asean colleagues and civil rights communities. Indeed, Brunei epitomises the true spirit of Asean -- standing firm and adhering to the founding fathers' principles, without compromising Asean centrality. Externally, the chair has no problem in engaging with all major powers to support overall Asean efforts. The absence of vilification from key global players including the US, China, Russia and EU is helping to consolidate Asean's role in restoring peace in Myanmar.

Since the coup, Brunei has been in communication with all stakeholders inside Myanmar including the State Administrative Council, National Unity Government, Ethnic Armed Organisations, the private sector and non-governmental organisations. Consultations with Asean colleagues have been going on formally and informally along with the UN special envoy for Myanmar, Christine Schraner Burgener and relevant UN agencies and humanitarian organisations.

Like it or not, Brunei's chairmanship this year will be judged singularly on how Banda Seri Begawan steers the bloc in tackling the crisis in Myanmar. Therefore, in the coming days ahead of the Asean annual meeting scheduled for Aug 2-7, under its leadership, Asean must come up with thorough and doable modalities and timelines that are acceptable to all parties concerned. The bloc is prepared to help with the present humanitarian crisis caused by the recent surge of the Delta variant of Covid and approximately 2 million affected and displaced persons in conflict areas. As part of confident building, humanitarian work will be the priority to be followed by political dialogue.

In retrospect, last year, Vietnam was given high marks for effective leadership in spearheading a regional response to the pandemic and concluding Regional Comprehensive Economic Cooperation. But there were other pivotal issues that the chair also handled well that were not mentioned as frequently. For instance, Hanoi raised Asean's profile at the United Nations by briefing the members of UNSC for the first time as well as bringing a successful conclusion to the Asean Comprehensive Economic Recovery Framework.

In 2019, Thailand was credited for the Asean Outlook on the Indo-Pacific, which was earlier written off by major powers. News coverage did not touch on the significance of several new efforts initiated by Asean such as getting rid of marine debris. Every year, each chair has to deal with a myriad of issues -- Asean is not a single-issue organisation. For sure, some issues are more important than others at certain times. The South China Sea conflict, the US-China rivalry and economic integration are all part of its agenda.

Each chair has to deal with both ongoing and new issues that can emerge at any time, just like the great disruption caused by the pandemic and the Tatmadaw's brutality towards its people. These twin challenges have further complicated whatever the Asean chair or Asean as a whole is planning to do, without undermining Asean centrally and the spirit of cooperation and consultation. To proceed with any fresh initiative that has far reaching regional impacts, the 10-member Asean does take some time before reaching any consensus. Once a decision has been made, Asean cannot backtrack.

As a community of 654 million people, Asean is both blessed and cursed by its members' diversity and different dynamics. At certain times, some of these unique characteristics collide, with ugly heads rearing and pumping up numerous conspiracy theories. Doubtless, views and positions on how Asean should respond to Myanmar's quagmire taken by Indonesia, Singapore, the Philippines and Malaysia have been praised as the ideal option that ought to have been adopted by Asean.

The rest have been derided and criticised for being supporters of the military regime, knowingly helping the military to drag their feet. In the case of Thailand, the criticism has been the most severe, targeting the government for lacking leadership, lacking compassion and lacking any democratic spirit. Critics forget Thailand's constraints given its 2,401-kilometre common border and the presence of more than five million workers from its western neighbour. Any gung-ho comments or cavalier actions preferred by some Asean colleagues would immediately prevent Thailand from engaging in dialogue with the junta and end ongoing humanitarian assistance to affected persons escaping the conflict inside Myanmar.

Tanee Sangrat, the spokesperson of the Ministry of foreign Affairs, said succinctly that Thailand does not have the luxury of distance, so it cannot be complacent about the situation in Myanmar. That helps explain why Thailand has been unable to take the lead but remained an active behind-the-scenes collaborator. Humanitarian efforts have continued over the past seven weeks even though internal fighting between armed ethnic groups and the civil disobedience movement and the Tatmadaw has continued unabated. Thailand has tightened the border adjacent to Myanmar's southwestern region.

Faced with the unpredictable situation and mounting pressure from all sides, Brunei's chair shows that all Asean members are truly equal in both deeds and words. Indonesia can continue to propose radical new ideas but the group's biggest member cannot impose its views on the chair. In a similar vein, Thailand cannot force Brunei to pick a nominated diplomat as the special Asean envoy. It will be the chair's decision.

There is an urgent need for the Asean chair to provide information about Asean's efforts and future plans to the broader public. Noting the sensitivity of the issues involved, Brunei too should be more open with the latest updates to promote awareness and understanding of the complexities of this quandary. At the very least, the chair needs to keep the Myanmar people informed and reassure them the bloc is fulfilling their democratic desires and wellbeing. With the use of Twitter and other social media platforms, the Asean chair has to assure the people of Myanmar that Asean has not abandoned them. Otherwise, anti-Asean and frustration could grow inside Myanmar among the civil disobedience movement and common folk which could hamper the bloc's peace process efforts.