ASEAN’s Frontline Heroes: Women and the Cost of Informal Ageing Care During (and After) a Pandemic 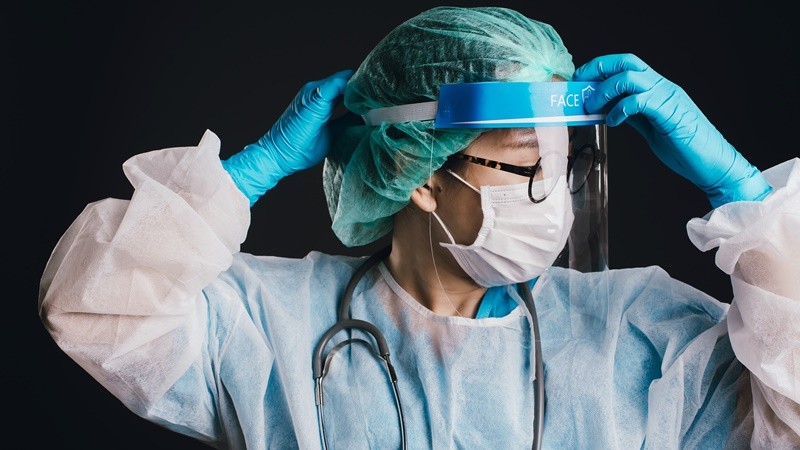 By Ms Lydia Ruddy, ERIA's Director of Communications: In Indonesia, heart-breaking stories about healthcare workers who died as a result of Covid-19 started appearing in newspapers within weeks of the first diagnosed cases in the country. Doctors, nurses and other frontline health workers without appropriate protective equipment were falling gravely ill and in far too many cases, dying. Similar stories appeared across many Asean member states.

We are now about six months into the Covid-19 crisis and a few things have become clear: Older people are more vulnerable to the disease and more likely to need substantial care; increased exposure results in higher likelihood of infection; care-providers are on the front line of exposure -- often without the proper personal protective equipment; a strong immune system is key to minimising susceptibility; and women who are caring for others are often expected to maintain their usual roles and responsibilities which leads to long hours of work, sleep deprivation, exhaustion, and ultimately less capacity to fight off viruses.

Women comprise a disproportionately large share of healthcare workers -- the World Health Organization (WHO) estimates that 70% of health workers globally, with an even larger representation in care homes.

Taken together, these facts expose several issues related to the gender gap in health care, especially in Asean. In the immediate term, women make up by far the larger percentage of coronavirus infections amongst healthcare workers. In a recent study based on data from Spain, UN Women found that 76% of infected healthcare workers were women.

Furthermore, UN Women reported that women in the Asia-Pacific region are much less likely to receive health and safety information to help them prepare for Covid-19.

In a nutshell, the immediate problem is how to assist the Covid-19 heroes -- the women who make up the majority of caregivers for the sick and elderly. However, this quickly merges into the larger issue of addressing the gender gap in ageing care in Asean in general. In fact, this is an issue that is growing in importance regardless of the Covid-19 pandemic as many Asean countries are entering a phase of the ageing population.

Asean has one of the fastest-growing ageing populations in the world. Singapore and Thailand are already there, with Vietnam and Brunei trailing by just a few years. Within about 20 years, Asean as a whole will have reached this stage. Asean is aware of this issue and has already recognised the need for bilateral and regional cooperation to address the issue (Chairman's Statement of the 20th Commemorative Summit of Asean +3).

The impact of ageing populations on women, as the main providers of elderly care, is huge. These jobs are generally low-paid and often provide unsafe working conditions.

A recent study of elderly care in the Philippines funded by the Economic Research Institute for Asean and East Asia (Eria) showed that informal care for older people is provided by women to a far greater extent than by men. About six in 10 men reported that their major caregiver is their spouse. Women most commonly reported a daughter as their major caregiver (38%) with only 18% cared for by their spouse.

This gender gap is even wider when it comes to long-term care (LTC) because the idea of LTC being handed over to non-family members, much less to institutional facilities such as nursing homes, is not yet in the consciousness of the current cohort of older Filipinos. In fact, 73% of the respondents to the survey over the age of 60 believed it was preferable to live with a daughter rather than with a son.

These kinds of numbers are not unique to the Philippines. At a recent Eria event on post-Covid-19 care for older people, co-hosted with the Indonesian Ministry of Planning and Development, Dr Kirana Pritasari, the director-general of Public Health at Indonesia's Ministry of Health, shared that about 80% of Indonesia's older people live with family, where women are the main caregivers.

The impact on women, and in turn on families, is huge. In the informal sector, women who do not receive appropriate training are far more likely to fall ill. They are then more likely to spread illnesses to their families, especially if they are not aware of appropriate protocols. Women who are providing care for elderly family are often unable to continue earning an income outside the home.

As Asean governments prepare recovery packages, they can consider addressing the gender gap in informal care as a long-term issue, not just one that has arisen due to the pandemic.

As developing countries, many Asean members do not have the same capacity as more advanced economies to care for older people. Yet, they are amongst the most rapidly ageing populations in the world.

Training is needed for informal care givers so they know basic best treatment and safety practices and can cope with the physical and emotional burden of care.

Incentivise the private sector to provide more care facilities and higher wages for care workers through tax deductions or other policy mechanisms. The low wages issue needs to be addressed to attract more people to work in this field.

Covid-19 presents an opportunity. By exposing the essential nature of informal care the pandemic has significantly raised awareness of this critical role that women play. As Asean is home to one of the most rapidly ageing populations in the world, there is no better time than now to start addressing the issue in the pandemic recovery plans with policies and programmes that tackle the current gender gap in long-term informal care.

This opinion piece was  written by  Ms Lydia Ruddy, ERIA's Director of Communications. This oped has been published in The China Daily , The Borneo Bulletin , The Bangkok Post, The Manila Times, and The ASEAN Post,  Click here to subscribe to the monthly newsletter.