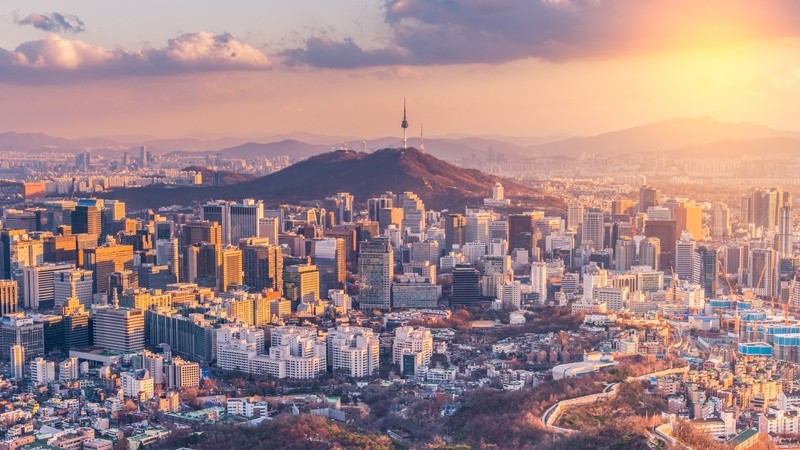 By Mr Kavi Chongkittavorn, Senior Communications Advisor: At the recent ASEAN Regional Forum (ARF), issues related to peace and stability in the Korean Peninsula were extensively discussed by the participants of the region's only security forum. The chairman's statement released after the meeting, the 27th since its inception in 1995, was exceptional regarding one of the world's hotspots.

For the first time, the ASEAN-led security forum reiterated its "readiness to play a constructive role, including through utilising Asean-led platforms such as the ARF in promoting a conducive atmosphere to peaceful dialogue amongst the concerned parties". This marked a departure from the usual appeal for calm and cooperation and full implementation of the UN Security Council's resolutions.

In February 2019, the historical second Trump-Kim summit was held in Hanoi. In recognition of Vietnam's contribution to the summit and the future prospect of peace, the above sentence was included in the chairman's statement. It is interesting that the role of ASEAN in the Korean Peninsula, which has been discussed time and again, has recently gained traction.

Two key attributes are in play. First, under the Trump Administration, peace in the Korean Peninsula and denuclearisation of North Korea has become a personal matter between Trump and Kim Jong Un, the North Korean leader. After more than two years of high-level engagements with two summits and a surprising rendezvous at the demarcation line at Panmunjom, not to mention numerous promises, the prospect of peace and gradual denuclearisation remains elusive.

With the current presidential campaign and the dire domestic situation Mr Kim is encountering, there is little prospect there will be further progress beyond what the international community is witnessing at this juncture -- North Korea's growing intransigence and the continued US pressure for more sanctions.

Secondly, given the stalemate at the summit level, greater emphasis is now being placed on regional efforts to build a conducive environment for the concerned parties to discuss and build up confidence and trust. This move has been pushed by South Korean President Moon Jae-in. Even though he has to live under Washington's shadow in terms of North Korean policy, he has often tried to create a new space in which Seoul and other regional countries can play a role.

The latter point is important as reflected in the ARF chairman's statement. For years, the ARF has been the only security platform that Pyongyang can attend with some level of confidence that it will be among friends and not be isolated. North Korea joined the ARF in 2000 and acceded to the Treaty of Amity and Cooperation in 2008.

With President Trump beleaguered for his management of Covid-19 and racial riots in major cities, South Korea continues to push for the resumption of dialogue with North Korea. Furthermore, Seoul is also moving forward with inter-Korean cooperation in humanitarian and other areas that are not subject to international sanctions.

Given the current circumstance, there could be a diplomatic opening due to the great calamity wrought by the recent Typhoon Maysak in Southern Hamgyong and Kangwon provinces and the provision of humanitarian assistance to Pyongyang. It is an open secret that the ASEAN capitals are paying great attention to the stress signals from North Korea and are willing to provide first aid and necessary humanitarian assistance. Last week, during a visit to flooded areas, Mr Kim stressed that 2020 brought "unprecedented hardships" to North Korea referring to natural hazards the country encountered.

In May 2008, the catastrophic Cyclone Nargis allowed Asean to play a leading role in organising humanitarian assistance and subsequent long-term rehabilitation efforts in Myanmar, which killed approximately 140,000 persons. At the time, Yangon mistrusted international partners wanting to help the country, fearing regime changes, and other ulterior motives. ASEAN was the only acceptable partner to the military regime. Through the grouping's goodwill and network of dialogue partners, ASEAN managed to lead and transform the whole operation into a full-blown international consortium. Indeed, it laid down the groundwork for widening Myanmar's diplomatic parameters in engaging with foreign donors that came after the country opened up in 2011.

These unprecedented regional efforts that helped to open up "Fortress Myanmar" have given rise to optimism that such a noble endeavour could be duplicated in North Korea. Back in April 2017, Pyongyang appealed for the grouping's assistance to bring down tensions with the US. It was the first time that the hermit kingdom had made such a direct overture, demonstrating the willingness to engage more with the non-major powers in the neighbourhood. Before other regional partners can assume their roles, the inter-Korean relations must further improve and stabilize. Over the past weeks, there have been positive indications from both capitals that Moon and Kim are on an amicable path that could lead to more dialogue and new initiatives. The outcome of the November 3 election in the US could provide a new impetus for regional efforts.

Regional efforts in the peace process in the Korean Peninsula must not be overlooked. In the 1990s, ASEAN members including Indonesia, Singapore, and Thailand engaged with the now-defunct Korean Peninsula Energy Development Organisation, which was set up to build two light-water nuclear power plants in North Korea. Since the founding of the Six-Party Talks (SPT) in 2013, ASEAN has been a key supporter of the forum as an effective way to engage and have dialogues with North Korea including the denuclearisation process. In earlier years, the SPT members were not appreciative of the Asean role as they feared it would dilute their concerted attempts to persuade North Korea to give up nuclear and missile programmes. Since the SPT was suspended in 2008, there has been a sea of change in the SPT members' overall attitude towards ASEAN. Today, South Korea is at the forefront in promoting Asean as a peacemaker in the Korean Peninsula.

Over the years, North Korea has also developed closer ties with Asean, especially Singapore and Vietnam, the venues of the Trump-Kim summits. Mr Kim's visits to the grouping's two most dynamic regional economies have drawn valuable lessons, especially progress brought about by economic reforms. Initial contacts between North Korea with these ASEAN members have also helped to acclimatise the former of developments in the region. In the coming months, regional countries must step up efforts to convince North Korea that its future is linked to broader integration in this part of the world. Certainly, Mr Kim has decisions to make regarding denuclearisation and missile programmes before his isolated kingdom can join regional development.