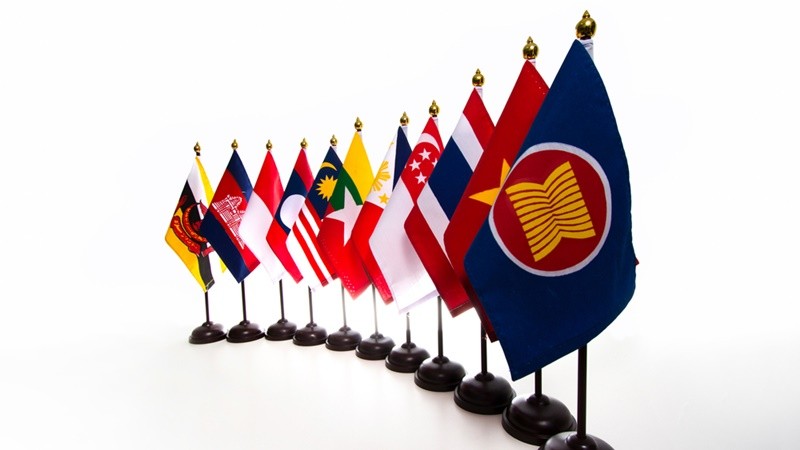 By Mr Kavi Chongkittavorn, Senior Communications Advisor:  In Bandar Seri Begawan, whether Asean leaders decide to upgrade China and Australia's dialogue status to comprehensive strategic partnership (CSP) this week or defer it to a later date will be a weather vane of the bloc's future engagement and management with the great powers, especially over the ripple effects of the US-China rivalry and potential military build-up.

China and Australia have created new strategic circumstances that necessitate all ASEAN members to work more closely together and more tightly to lessen the impacts and, if possible, ward off external pressures or perceived existential threats. ASEAN has been through such a dilemma before in its 54-year-old existence and survived. However, this time around, it is a new ball game because the key players are in the region. They are also very close to all ASEAN members -- knowing every nook and cranny.

Beijing and Canberra are the two leading dialogue partners which have contributed much to strengthen ASEAN cooperation and integration in all dimensions. As the first dialogue partner of ASEAN, Australia has a longer history in terms of its relationship with the bloc. Although China joined as a dialogue partner in 1991, it covered broader areas of cooperation with ASEAN. Therefore, whatever decision the ASEAN leaders take will have far-reaching implications.

In the case of Australia, it is possible there could be some delay in the announcement of the upgrade due to Canberra's decision to form the tripartite military alliance with the US and UK, known as Aukus. This was a big slap in Asean's face, especially two key ASEAN members, Indonesia and Malaysia, which have been critical of Aukus, fearing it will provoke an arms race and destabilise the region in the long term.

When Indonesian and Malaysian foreign ministers met in Jakarta last week, they made it clear that the new Australian deal to acquire nuclear-powered submarines would attract the involvement of major powers in the region. Their concerns won the backing from the other Asean members. At the Bandar Seri Begawan summit, Asean leaders will discuss the strategic environment brought about by the Quadrilateral Security Dialogue and Aukus, which will be reflected in the chairman's statement.

Under former prime minister Malcolm Turnbull, Asean-Australia ties reached their highest point as manifested through the Sydney Declaration of 2018 signed after he met with ASEAN leaders. The 2,090-word document detailed a comprehensive range of their cooperation, especially efforts to tackle shared and complex maritime issues. The declaration's last sentence states eloquently that 'We look forward to further consultations in the implementation of these initiatives.' Canberra has so far failed to follow these pledges.

The decision to go ahead with Aukus was kept secret. No wonder ASEAN members were upset with Australia's treatment of the grouping. Past promises of alignment of common goals and shared values proved hollow. It remains to be seen how the Asean-Australia summit, which will be held annually from now on, will play out this week when their leaders are scheduled to meet online.

When the European Union (EU) was engaged in a dispute over palm oil with Indonesia and Malaysia three years ago, ASEAN delayed the upgrade and subsequent announcement of the EU as a strategic partner until early this year. Through dialogue and consultations, both sides managed to overcome their grievances and errant policies.

In the case of Australia, Prime Minister Scott Morrison lacks the kind of personal rapport and mutual trust with Asean leaders that could help to strengthen commitment and reduce the grouping's anxiety. Ex-prime minister Bob Hawke was considered the Australian leader who best understood the Asean pulse. Other leaders including Paul Keating, Kevin Rudd and Mr Turnbull were closer to Asean and appreciated the bloc's viewpoints.

The Aukus partnership has reinforced the perception within Asean that Australia is a nominee of the US regional strategy, especially when it comes to challenging the rise of China. The John Howard administration, which was dubbed America's deputy sheriff, caused a great deal of rumbling in Australian diplomacy and the region. Mr Rudd hit the nail on the head when he said recently that the fulcrum of Australia's long-term strategic interest is in Southeast Asia, especially Indonesia. It is not wise to upset the world's third-largest democracy and a moderate Muslim nation.

In the case of China, the request was made in March 2020 to upgrade its ties with Asean to commemorate their three-decade relationship. Australia followed suit a few months later which raised some eyebrows. Beijing views its ties with Asean as extremely special and is so confident of the CSP upgrade that Chinese President Xi Jinping is scheduled to virtually host the special Asean-China summit on Nov 22. His first-ever attendance speaks volumes about the occasion.

This year China will have two summits exclusively with ASEAN. It comes as the latest trade figures showed that ASEAN has become the No.1 trading partner with China, replacing the EU during the first half of this year. With the full implementation of Regional Comprehensive Economic Cooperation and Belt and Road Initiatives in months and years to come, China will remain the pre-eminent power in the region. Pending China's future membership of the Comprehensive and Progressive of Trans Pacific Partnership, its huge market will remain the magnet for all free traders.

As of last week, ASEAN senior officials were still discussing China's CSP-related issues. The leaders will make the final decision when they meet this week. The prolonged evaluation could have something to do with Beijing's attitude toward the Asean Outlook on the Indo-Pacific (AOIP), the brainchild of the Jokowi government.

It is ironic that Beijing would be reluctant to associate with the AOIP which is Asian-initiated, inclusive and has an open-ended framework for cooperation. All dialogue partners have welcomed the AOIP, which would already be operational if it had not been delayed by the pandemics.

China and Asean are hoping that the second reading of the first single draft on the code of conduct (COC) in South China will be completed before the planned November summit so both sides can refer to progress on the COC. The Covid-19 pandemic has delayed the negotiation of the broader substance of the COC, apart from the recent completion of the COC preamble.

Asean's delayed CPS decision to the eleventh hour has raised the spectrum of a trust deficit vis-à-vis China. During the first 25-year cycle (1991-2016), ASEAN-China ties were excellent and smooth as silk, with strong mutual trust. However, as both sides celebrate their three-decade old relations, the strategic environment has changed markedly and so has their mutual trust. Their relationship has become more complex over the years due to the rise of contentious issues, developments in the South China Sea and the impacts of US-China strategic competition. Beginning last January, the impacts and social-economic recovery from the Covid-19 pandemic and vaccine diplomacy have added an extra layer to the strategic landscape in ASEAN-China relations.

If ASEAN decides to upgrade China and Australia simultaneously, it would mean that ASEAN wants to become a global player in its own right and that it will become more assertive and create a strategic balance in its relations with external powers. The downside is the coupling of Asean ties to the US global strategy with China-Australia relations, which will not return to their pre-2018 heyday in the foreseeable future. ASEAN does not want to be held hostage to the Cold War psyche.

The bloc also wants to send a clear signal to all major dialogue partners that their commitments and engagement have consequences. ASEAN-led norms and principles of yesterday, especially the Zone of Peace, Freedom and Neutrality (ZOPFAN), the 1995 Treaty of Southeast Asian Nuclear Weapons Free Zone (SEANWFZ) as well as the Treaty of Amity and Cooperation would be reinforced. ASEAN must ensure that its relevant mechanisms are recognised in order to safeguard its centrality and collective autonomy and sovereignty as external powers intensify their competition in the region.