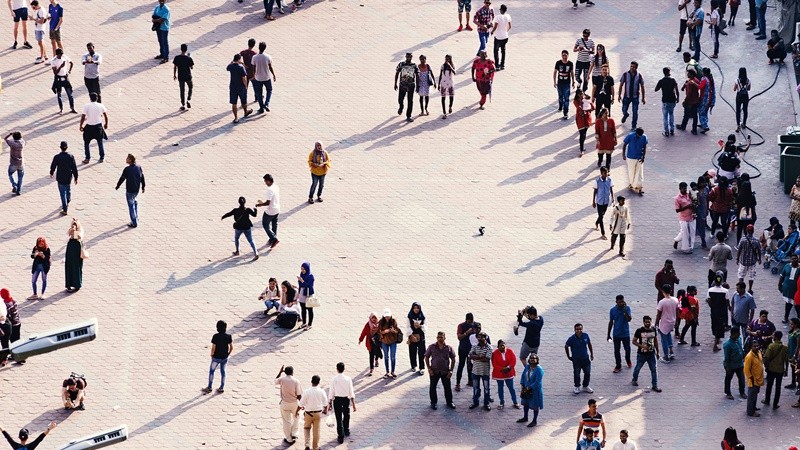 By Mr Kavi Chongkittavorn, Senior Communications Advisor: Despite the condescending views and criticism levied on Asean's defects and the relevancy of its small members, barring well-to-do Singapore and Brunei, the grouping has emerged from the just-completed 37th summit with a bigger profile and international role. The signing of the ASEAN-led, Regional Comprehensive Economic Partnership, the world's largest free-trade pact, was just one manifestation.

The outcomes of online Asean-related summits showed off one important quality of Asean -- its existing convening power and dialogue partners' willingness, some would say perseverance, to engage and work together with ASEAN. They have chosen the Asian side overriding the often-cited mantra that it is Asean that must choose a side. Indeed, ASEAN remains the best bet for the dialogue partners given the current fluidity of the international strategic environment. Asean's main objective is to avoid conflicts and get things done -- obviously some tasks took a long time.

As the bloc enters its 54th year, ASEAN still has the necessary gravitas to attract and consolidate all political goodwill and myriad assistance available in the world. Truth be told, there has not been any other region, apart from the European Union, that has come out with a comprehensive Covid-19 economic recovery scheme. Kudos must go to Vietnam's chairmanship, individual ASEAN members, and unwavering commitments from all dialogue partners.

Judging from the verbal pledges by the leaders attending the online summits, ASEAN should be confident as it has its back covered by agreeing on a pivotal tool-kit mapped out by Asean itself as well as those of strategic dialogue partners, especially the so-called ASEAN plus three countries (APT -- China, Japan, and Korea) that could counter unexpected consequences due to the pandemic. The challenge ahead is how to coordinate among national governments and implement action plans in a holistic and timely manner.

In the coming days and weeks, the litmus test will be how each member utilises the Asean Covid-19 Response Fund, which has garnered around US$10 million (302 million baht). Singapore, Vietnam and Thailand have already put $100,000 into the fund. The other indicator would be how the Asean members could come up with a common set of pre-departure and post-arrival health measures under the ASEAN Framework for Travel Corridor. ASEAN urgently needs to open up to jump-start economic activities and restore intra-ASEAN connectivity and supply chains.

Obviously, to remain relevant in the post-Covid-19 world, Asean needs to take action and make speedier decisions depending on the priority of the recovery plans. Furthermore, in the next two years under the chairs of Brunei (2021) and Cambodia (2022), ASEAN has to see to it that the bloc can make effective and time-sensible decisions based on a consensus with regional interests at heart. Small members when it's their time as Asean chair will have to prove they cannot be swayed by major powers and will not act as their nominees.

Last week's East Asia Summit and its preparatory meetings were intriguing as major powers put forward their preferred issues and positions ferociously. The 15-year-old EAS has now become a valuable platform for major powers to make their presence felt on strategic matters in the Indo-Pacific region.

For instance, this time around both China and Russia have no desire to include the ASEAN Outlook on the Indo-Pacific in the EAS statement. For the time being, both disowned the Asean endeavour, thinking wrongly that it was an extension of the Free and Open Indo-Pacific Strategy forged by the US. ASEAN leaders have reiterated that the AOIP is "on par" with other Indo-Pacific frameworks.

In the case of the US, it does not want any reference to the multilateral trade agreement, especially the mega Regional Comprehensive Economic Partnership free-trade pact signed on Sunday. This has been a well-known US position as US President Donald Trump has preferred bilateral trade transactions than multilateral arrangements.

At last year's Asean-related summits in Bangkok, Mr Trump's decision to send a non-cabinet member, National Security Chief Robert O'Brien in his place raised an outcry from his ASEAN counterparts. ASEAN decided to scale down its presence following the troika formula with the Asean leaders from the previous, current and next summit very much to the chagrin of the White House.

On Saturday, Mr Trump showed again showed his true colours in relation to ASEAN by sending Mr O'Brien to the summit. His second appearance stirred up the EAS session with a pointed comment about an alleged Chinese naval base in Ream, southern Cambodia, which drew a strong rebuttal from the Cambodian delegation. Prime Minister Hun Sen, who did not attend the summit due to quarantine, repeatedly said the country's constitution does not allow foreign countries to set up military bases.

As a courtesy to the US and it's favourable ties with the Asean chair, the EAS proceeded with the leaders from Laos, Vietnam, Thailand, Brunei Darussalam and any other country wanting to attend the summit. Only Singapore showed up. Sadly enough, without a presence and message directly from the top, the US failed to reinforce some of the more constructive ideas and plans fomented under the Trump administration with the Asean leaders.

It must be noted here that the US-China tensions and the pandemic have caused ripple effects among dialogue partners in one way or another. This year has been an exceptional year in international politics and developments due to the pandemic. So, it is up to ASEAN to handle and reconcile different views and divergent points, both old and new, brought into the summit's orbit through dialogue and negotiation. Notwithstanding its organisational defects and shortcomings, Asean and its dialogues partners have chosen to work and cooperate together to face the challenges of the post-COVID-19 era.