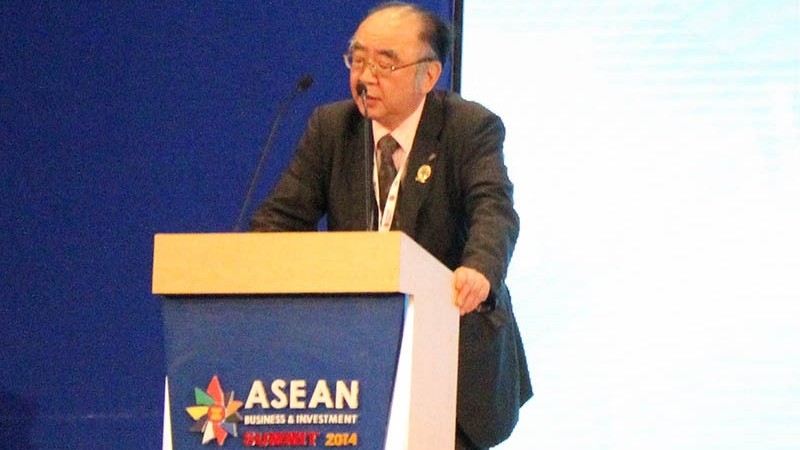 ASEAN needs to improve competitiveness and closing gap of income inequality to make the grouping more responsive and dynamic to generate further economic growth and expansion of middle class throughout the region beyond 2015.

It is also imperative for the ASEAN members to adopt inclusive, resilient and people-oriented policies to ensure sustainability and poverty eradication to raise income and improve well-beings.

These findings are parts of the recommendations in the book titled "ASEAN Rising: ASEAN and AEC Beyond 2015," prepared by the Jakarta-based international economic organization, Economic Research Institute of ASEAN and East Asia (ERIA) to coincide with the 25th ASEAN summit with the ASEAN economic integration beyond 2015 on the agenda. The book also has the Myanmar language version.

According to "ASEAN Rising", ASEAN is second to China terms of dramatic reduction in dire poverty in the developing world and the size of middle class has increased from about 15 per cent in 1990 to about per cent in 2010. Furthermore, ASEAN is a growing investment hotspot in the world which attracted nearly US$126 billion in 2013 ahead of China's amount of US$124 billion in the same year.

To move forward, ASEAN needs to lift at least 100-200 million out of poverty beyond the 2015. "As such, the AEC will serve as an instrument to promote poverty reduction and increase productivity and competitiveness in ASEAN," said Prof. Hidetoshi Nishimura, Executive Director, ERIA.He presented these highlights from the book at the 11th ASEAN Business and Investment Summit (ABIS) in connection with the 25th ASEAN Summit.

Prof. Nishimura pointed out that the arrival of AEC has caused the surge of foreign investment in ASEAN. He added that ASEAN has come a long way with impressive records of economic achievements. ASEAN now must also give important to other pillars, especially the social and cultural area. "The ASEAN way will surely produce the ASEAN miracle," he declared.

Prof. Nishimura participated in the 11th ASEAN Business and Investment Summit (ABIS) which held its three-day summit alongside the ASEAN Summit.