ASEAN at 54: In need of Some Speed 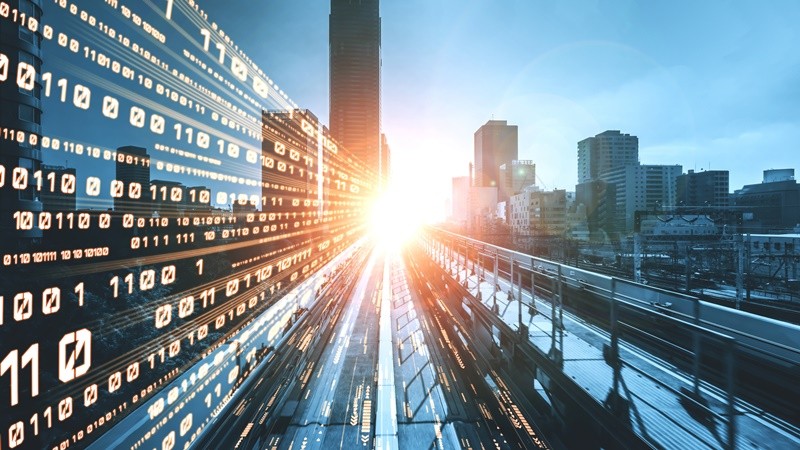 By Mr Kavi Chongkittavorn, Senior Communications Advisor:  Despite the plethora of criticism, the Association of Southeast Asian Nations (Asean) in its 54th year is actually stronger and bolder than ever. That might sound propagandistic but it is not. Today, member countries are more engaged and expressive in their exchanges of opinions and ideas, especially on proposed plans of action in relation to the challenges confronting the bloc. External powers are also wooing Asean in a way that has never seen before.

Given the current regional strategic environment, the role of Asean has expanded and is under close scrutiny by the international community. Indeed, in the era of smartphones and social media, Asean members can no longer hide their disagreements. Taking it a step further, a few Asean members also have savvy media teams, apart from their leaders' Twitter accounts, who lead to an immersion of views on Asean.

Obviously, in the coming months and years, there will be continued discussion on how to best respond to future challenges posed by the Myanmar crisis. More harsh criticism is to be expected. Due to the severity of Myanmar's crisis and unyielding conflicting partners, there will be a lot of trial and error. Therefore, in the near future Asean's decision-making process and other mechanisms could be placed under review and, where deemed necessary, changes will inevitably be made.

The selection process of the Asean special envoy has taken quite some time. It revealed Asean and its rotational chair's thought processes and work ethics as well as how other Asean members respond to come up with certain decisions when confronted with an unexpected crisis. This must be the first time that they have discussed and consulted so intensely over the choice of candidate which also delayed the release of the joint communique by two days due to tough exchanges on wording among the members.

Interviews with senior Asean officials involved with the selection showed that when Asean members disagreed with one another, they would further discuss the issue until they were able to reach a consensus -- no matter how long it would take. A divergence of views is common within Asean whenever important issues are on the agenda or in the planning stage.

At the press conference on Saturday, Usana Berananda, Director General of Asean-Thailand, aptly pointed out that the Asean chair has tried to reach out and consult with all parties to bridge different views so that a consensus could be achieved.

Indonesia, Malaysia, Singapore and the Philippines are considered as pro-active members while the rest of Asean is more passive, preferring discreet diplomacy and peer pressure. In Asean, the most important goal is to achieve a consensus. Once the members have agreed, this must be followed without any retractions.

Ms Usana stressed that Brunei has done everything in a timely manner to fulfil its theme of "We care, We prepare, We prosper", especially in the context of the Covid-19 response and enhancing resilience for future challenges. As such, in the next 75 days before Brunei hands over the chairmanship to Cambodia on 29 Oct, the chair has to set up various frameworks to prepare for the post-pandemic world.

Most importantly, the chair has to see through all realistic timelines and action plans for the "swift and full" implementation of the five-point consensus. After his selection as the Asean special envoy, Brunei's Second Foreign Minister Erywan Yusof will have to assemble as soon as possible a team of advisers, who will help him to carry out this important task. Prominent diplomats from Asean such as Hassan Wirajuda, Virasak Futrakul, Razali bin Ismail and Cambodian Foreign Minister Prak Sokhonn are likely to be part of his Asean team. Mr Erywan will be forceful with Nay Pyi Taw when it comes to access to stakeholders during his planned visit to Myanmar.

Other experts from Asean would also be considered. Mr Erywan's position and achievements will be assessed later in the year by Cambodia, the incoming Asean chair, which will have the mandate to renew his status. As stipulated in the five-point consensus, the chair appoints the special envoy.

Already, the chair and the Asean Secretariat are planning an international donor conference for Myanmar. Last week at the annual Asean meeting, Thailand proposed a fund-raising meeting to muster funds to help with humanitarian assistance, especially regarding the Covid-19 pandemic. The public health system in Myanmar has collapsed because doctors and nurses have been arrested for refusing to work. It is hoped that the conference will raise sufficient funding to provide sustainable assistance to all stakeholders to fight the coronavirus.

As far as Asean's external relations are concerned, Brunei has done a good job in attracting stronger support for Asean centrality, overall anti-pandemic campaigns and post-pandemic economic recovery. The chair played a very important role backing the admission of UK as the grouping's 11th dialogue partner. At first, there were lingering debates whether the moratorium in place for the past three decades should be lifted. However, Asean leaders later concurred that the UK should be given preference because of its global economic and political power and status as a former member of the European Union (EU), much to the chagrins of countries on the waiting list. It paid off.

In response, for the first time the UK has made a substantial contribution to Asean. The UK gave US$69.4 million or 50 million pounds (2.3 billion baht) for Asean to help with efforts to combat the pandemic, which includes US$10.4 million or 7.5 million pounds for the Covid-19 Asean Response Fund. The UK also reiterated its support for Asean centrality and strengthened cooperation in maritime security, law enforcement and climate change. On Aug 2, Thailand received 415,040 doses of Astra Zeneca vaccines donated by the UK to meet the high demand for vaccines due to the recent surge in infections.

Under Brunei's chair, Asean received a total of US$1.2 billion (40.1 billion baht) worth of combined assistance from all dialogue partners. Almost all countries contribute money to the Asean fund. The EU has come out on top through its Team Europe providing US$941 million, or 800 million euros, with an additional US$5 million from Germany and US$2 million from Italy.

In addition, the US gave a total of US$158 million to Asean members to fight the coronavirus. Last Wednesday when US Secretary of State Antony Blinken held virtual talks with Asean foreign ministers, the US contributed another US$500,000 to the Asean fund.

China, Japan, South Korea and India each chipped in US$1 million while Australia gave US$735,576 and New Zealand opted for US$701,000. Canada also provided US$2.8 million, or 3.5 million Canadian dollars.

Among the Asean plus three partners, Japan has been the most generous with its allocation of US$50 million to fund the establishment of the Asean Center for Public Health Emergencies and Emerging Diseases. The location in Asean has yet to be decided. China gave an additional US$5 million to strengthen the ability of Asean members to respond to the coronavirus. No data is available of the number of doses of vaccines provided by Russia.

After its enactment in 1976, the Treaty of Amity and Cooperation in Southeast Asia or TAC has become an important regional code of inter-state elations to preserve peace and stability. Since the TAC opened up to outside signatories in 1992, a total of 50 countries, a quarter of UN members, have acceded. Last week, Denmark, the Netherlands, Greece, Oman, Qatar and the United Arab Emirates joined the TAC -- the largest number in a single year. It is self-explanatory why the three Gulf states signed simultaneously.

In late October, Brunei will host the world's most powerful leaders at the 39th Asean and related summits. Global leaders including US President Joe Biden, Russian President Vladimir Putin and Chinese Premier Li Keqiang are expected to join these summits with their Asean counterparts. Once that is over, it will be a good time to evaluate Brunei's chairmanship once again.