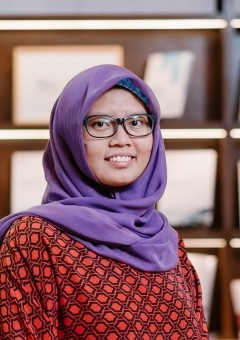 Rahmasari Istiandari has joined ERIA since August 2015. As a research associate, she has been involved in various research projects in ERIA. She is currently supporting ASEAN-Australia-New Zealand Free Trade Area (AANZFTA) agreement review study and contributing in ERIA-Philippine government 3-volume publication project ASEAN at 50: Retrospectives and Perspectives on the Making, Substance, Significance and Future of ASEAN, particularly in Volume 2, among other ongoing projects. Prior to joining ERIA, Rahmasari was a research fellow for Bank of Indonesia for the study on Indonesia's international debt position and ASEAN Economic Community (AEC) review. She also joined The World Bank as a Research Analyst for education programs from 2012-2014.