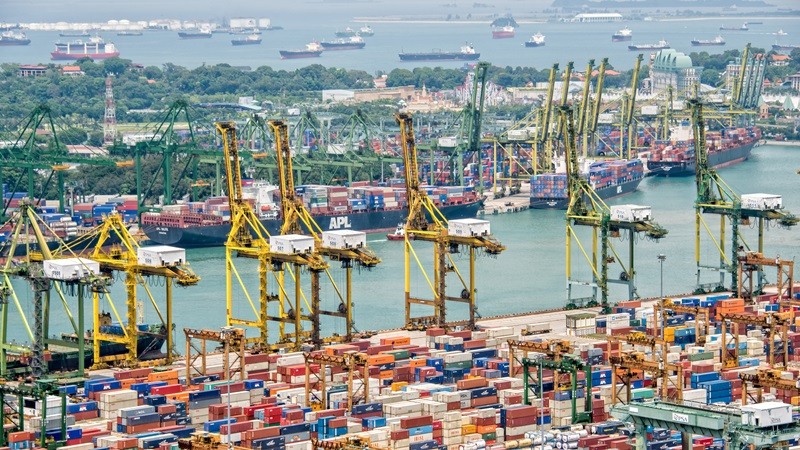 By Dr Lili Yan Ing, Lead Advisor on Southeast Asia Region: Indonesia’s G20 presidency in 2022 is crucial to the global recovery from the health and economic crisis wrought by COVID-19.  With rising protectionism and increasing trade tensions around the world, how ready is Indonesia to address these issues?

In February 2020, the US and China signed the Economic and Trade Agreement - the so-called ‘Phase One’ trade deal – which many have predicted will only create further trade diversions in global trade. And indeed US - China trade (now including technology) tensions have been escalating instead of decreasing, putting pressure on smaller economies to choose between the two global powers.

Even after the agreement was signed, Beijing’s dual circulation plan promotes self-reliance, indigenous innovation, and settling more trade deals in Renminbi. At the same time, the US strategy is equally (or worse) escalating tensions with its policies of realigning supply chains by ‘friend-shoring’, accompanied by policies mandating that key technologies must be produced at home or by designated US allies. The largest and most innovative US electric vehicle company has even started controlling its own supply chains.

So, what solutions can Indonesia offer during its G20 presidency?

Let’s start by reviewing Indonesia’s foreign trade policy, where it stands, and what it can offer the G20. East Asia, including Southeast Asian countries grouped as ASEAN (including Indonesia), has been achieving high economic growth based on trade and Investment. ASEAN has been very active in promoting trade and investment as well as forming trade agreements to facilitate this including the ASEAN Free Trade Area (AFTA) in 1992 and the ASEAN+1 FTAs with its main trading partners which was mostly concluded in 2010.

Recently, ASEAN and its five main trading partners concluded the Regional Comprehensive Economic Partnership (RCEP). The RCEP came into effect on 1 January 2022 as it has already reached the quorum with ratification by 11 member countries:  Brunei, Cambodia, Laos, Thailand, Vietnam, Singapore, and all non-ASEAN signatories (Australia, China, Japan, Korea, and New Zealand). Indonesia has not ratified the agreement yet.

While ASEAN joins the RCEP, will ASEAN (including Indonesia) join the CPTPP? Most ASEAN countries are less likely to join the CPTPP in the absence of the US due to at least three main reasons.

Last, the benefit of RCEP is that even though it doesn’t call for liberalization at the same level, scope, or depth of commitment as the CTPP, its impacts on the economies of member countries, and indeed on the world economy, will be massive. At the same time, the RCEP will incentivize supply chains in the region while also being sensitive to political conditions and levels of development in member countries. So, ASEAN’s current top priorities are the implementation of the RCEP and the ASEAN-EU trade agreement (either bilaterally or as a unified ASEAN).

Does this mean that ASEAN (Indonesia) stands for China over the US? Of course not. ASEAN will retain is neutrality and stand for neither of them. At this moment, neither the US nor China listens to trade economists as they keep creating trade diversions by any means. But at least they have learned that protectionism does not work.

When the US decided to increase tariff rates on USD 350 billion worth of imports from China, it was aiming to block imports from China. But just less than two years later, the results are the other way around. In 2021, US exports to China were USD 179 billion and imports from China USD 576 billion resulting in a USD 397 billion trade deficit in goods with China and USD - the largest in 30 years.

The same result applied to Chinese’s efforts to ban Australia’s exports. China implicitly banned all imports from Australia, except iron ore which is needed for China’s steel industry. China tried to source inputs from other countries thus creating trade diversions. However, while Australia lost USD 4,4 billion in its trade with China, it has been able to access new markets worth USD 4 billion.  Eventually, trade coercions China created vis a vis Australia resulted in increased iron ore prices, resulting in an increase of 10% of Australia’s total exports in 2021.

Ultimately, prolonged US-China trade and technology tensions will raise uncertainties that will be translated into costs for everyone, most of all, for the American and Chinese people.   US-China tensions further intensify the urgency of strengthening the rules-based multilateral trading system.

To address these issues, Indonesia’s G20 chairmanship should pursue Trade and Investment (Indonesia is now proposing Trade, Investment, and Industry) by emphasizing the following:

First, Indonesia should obtain G20 commitments to eliminate unnecessary regulations and customs clearances while at the same time increasing surveillance on specific health supplies, medicines, and medical appliances. The pandemic has taught us how health and the economy are strongly connected.

Second, G20 countries should commit to strengthening the multilateral trading system to serve its three main functions: Trade Rules, Negotiations, and Dispute Settlement. These need to be separate commitments – not tied to one another. One of the key functions of the WTO is the dispute settlement mechanism; it is a must to ensure that it is well functioning.

Third, Indonesia should encourage G20 members to implement the Doha Development Agenda agreed back in 2001. At the same time, in response to new issues in trade, Indonesia can encourage members to pursue an open plurilateral agreement mechanism to move forward in the negotiation on difficult issues in the WTO.

In conclusion, while useful, forming mega-FTAs like the RCEP and the CPTPP with pro-trade middle powers is a stopgap solution, not a substitute for a well-functioning multilateral trading system. If the global powers keep exercising their powers, the markets and customers can too. We can learn from the renewable energy market on how people-driven power can stir the whole policy and political landscape.

This opinion piece was written by ERIA's Lead Advisor and Senior Economist, Dr Lili Yan Ing . It has been published in The Jakarta Post, and The Manila Times. Click here to subscribe to the monthly newsletter.