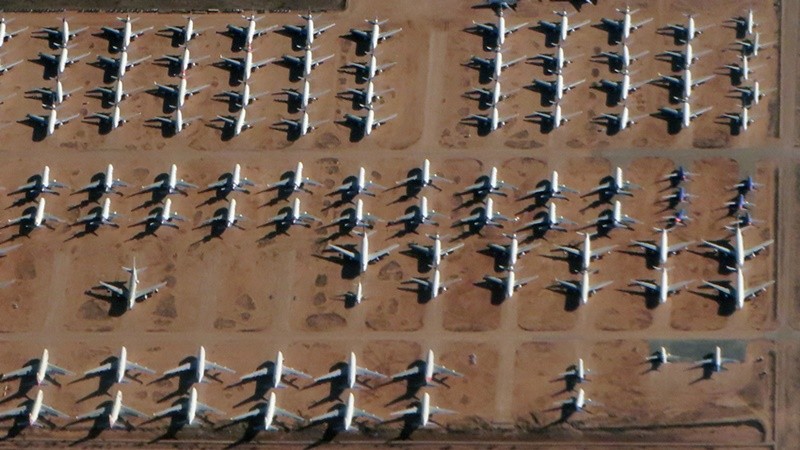 By Dr Alloysius Joko Purwanto, Energy Economist and Panayotis Christidis:  Following the COVID-19 outbreak, all 10 ASEAN countries have implemented strict air travel restrictions which prohibit the entry of foreign visitors. According to International Air Transport Association (IATA) estimates, airlines in ASEAN countries may see their revenue drop by US$38 billion with a 49 percent fall in passenger demand in 2020 compared to 2019 combined with a potential loss of 7.2 million jobs.

These estimates could be far worse depending on the observed affected markets, e.g. airports, tourism, etc., and on further measures such as the restriction on domestic trips in the Philippines and Indonesia.

The scale of these impacts, far greater than those of the Severe Acute Respiratory Syndrome (SARS) pandemic that hit the region in 2003, would be catastrophic for operators. Small- and medium-sized airlines in other parts of the world including Flybe in the United Kingdom, Trans State and Compass Airlines in the United States, and Virgin Australia, have already filed for bankruptcy due to the pandemic. The CAPA Center for Aviation has warned that unless government and industry take coordinated actions by the end of May-2020, most airlines in the world will be bankrupt.

Despite many uncertainties, global travel demand will probably bounce back, at least partially, by the second semester of the year and the aviation industry will experience some recovery. Nevertheless, passenger demand could be much lower than the forecasts, as the economic impacts on of the pandemic on ASEAN countries will be significant. The lower demand may eliminate smaller operators and less-established routes.

While lower demand is economically bad for hub airports and bigger airlines, some smaller point-to-point direct routes may disappear completely under this situation, and instead shift to hubs resulting in the consolidation of bigger hubs and airlines. At the same time, some smaller hubs would lose the critical mass to allow efficient transit operations and would be limited to serving mainly point-to-point connections. For ASEAN countries, this consolidation and dispersion should affect both intra-regional and long-distance (intercontinental) air passenger trips.

First, for intra-regional ASEAN air trips, the consolidation might reduce the number of airlines that compete in the heavy traffic routes such as between Kuala Lumpur and Jakarta or Singapore. The impact can also be significant domestically in the Philippines and Indonesia, where domestic travel restrictions affect some heavy traffic routes. In those two countries, the need to decrease fixed operational costs in the low demand period would push low-cost carriers to adapt their operation, meaning cancelling of some lower demand connections and/or abandoning some smaller hub airports.

Second, intercontinental traffic is impacted more severely than intra-regional trips in terms of passenger demand, financial loss and recovery time. Currently, the drop in intercontinental demand is caused by travel restrictions, but in the future, this demand will remain low mostly due to the severely damaged economic sector.

According to a recent report of the International Air Transport Association, international traffic demand dropped 65.5 percent for Asia-Pacific airlines in March 2020 compared to March 2019 which is the highest drop among the world regions. However, despite some decrease in traffic, airlines from Gulf and Middle East regions, as well as hub airports of those regions, should be able to maintain their domination whilst smaller operators from Asia Pacific will face significant difficulties in maintaining operations in those corridors.

One strategy that can address the impact of low demand on ASEAN carriers would be the adoption of agreements between ASEAN and other world regions such as the on-going ASEAN-European Union Comprehensive Air Transport Agreement (EUCATA). The ASEAN-EU CATA negotiation between the European Commission and ASEAN was initiated in June 2016 and as of August 2019, eight rounds of CATA negotiations have been conducted.

First, the agreement should improve the right to fly between countries, or what the International Civil Aviation Organization classifies as the '5th Freedom', for both ASEAN and EU carriers. For example, ASEAN carriers that fly from Chiang Mai to Amsterdam with a stop in Paris will be allowed to pick-up passengers and cargo for the leg between Paris and Amsterdam — a freedom that does not currently exist. Similarly, EU carriers will be able to fly from Dusseldorf in Germany to Surabaya, Indonesia with a stop in Singapore, Kuala Lumpur, or Jakarta.

The agreement would lift existing restrictions on code-sharing agreements between the respective states’ carriers, permitting them to code-share freely on trunk routes as well as on each other’s regional and domestic networks. This is expected to increase the 'point-to-point' traffic in both ASEAN and EU countries, thus strengthening the position of both regions’ airports, creating additional demand that can help build the critical mass for new connections, including reopening connections abandoned during the pandemic.

Second, concerning airline consolidation, ASEAN-EU CATA will eliminate market access limitations. More ASEAN and EU airlines shall be able to enter existing hub-to-hub operations to compete with the current players, for example the Middle East and Gulf-based operators. The creation of new joint-venture operations should allow competing players on hub-to-hub routes to cooperate and engage in joint marketing and revenue-sharing, which can reduce shares of existing dominant players while at the same time decreasing average travel costs.

Finally, the entrance of foreign operators into ASEAN domestic air operations should not be seen as a loss of sovereignty. It is a fast and realistic strategy to recover the entire aviation industry while at the same time sustaining connectivity within the ASEAN region to maintain the competitiveness of regional production networks and the attractiveness of the region as an investment destination.

The strategy would also increase regional air transport market competition - improving efficiency and bringing down costs. ASEAN countries on the other hand might need to set up cabotage principles that ensure certain minimum of domestic shares ownership of the foreign companies and must elaborate and implement high market entrance standards in areas such as safety and security

This opinion piece was written by ERIA's Energy Economist, Dr Alloysius Joko Purwanto and Panayotis Christidis Senior Researcher at the European Commission Joint Research Center, Seville, Spain. It has been published  in The Jakarta Post, Eleven Myanmar, and Thua Thien Hue.  Click here to subscribe to the monthly newsletter.