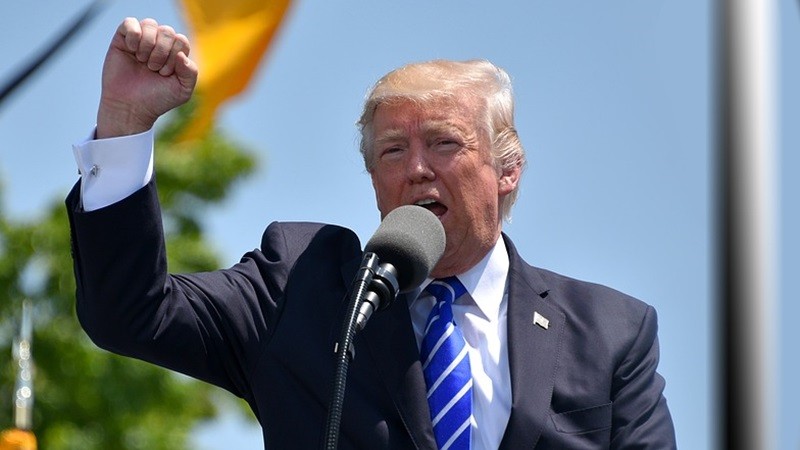 Trump's aggressive stance could backfire on his country in the long term.

President Donald Trump's trade agenda suggests a major shift toward a more aggressive stance aimed at fixing the imbalance between the US and its trading partners worldwide.

First, the US administration reiterates the conviction of Congress that Americans are not directly subject to World Trade Organization (WTO) rulings. Second, it is committed to using a 'safeguard' that allows the President to impose import relief measure if increasing imports are deemed to be harming domestic industries. Third, it is committed to using all available powers to encourage countries to give US producers fair and reciprocal access to their markets. Last, it favours bilateral negotiations and will insist on fair trading practices by its trade partners.

In addition to Trump's agenda, one of the House Republicans' trade policy proposals is the introduction of a US border adjustment tax. This measure would mean that for the purpose of corporate tax payments the costs of imported inputs can no longer be deducted from a company's total revenues, while revenues from exports will not be included in a company's total revenue figure, making the goods free of export tax. This measure is in effect a tax on imports and a subsidy on exports.

If the US implements the border adjustment tax, it is very likely that East Asian countries, with their high reliance on the US as a market for their exports, will be adversely impacted. In 2016 exports to the US made up 22% of Viet Nam's total goods exports, some 20% of Japan's, and 18% of China's. Furthermore, 17% of Southeast Asia's total exports went to China and 9% went to Japan, which makes the region vulnerable to the indirect effects of the Trump administration's policies targeting China and Japan.

Although it has not been implemented yet, the administration's trade policy may face retaliation from East Asian countries. While it is still unclear how East Asian countries would respond, it is certain that a trade conflict would harm all parties involved.

For countries in the region, there are potential costs as well as benefits arising from any retaliatory measures. One might readily think that China would consider retaliatory action against key US imports, such as soybean and maize.

However, we do not think China is reckless enough to retaliate by imposing higher tariffs on these commodities. Beijing definitely does not want domestic consumers to pay higher prices, and soybean and maize in particular are basic daily products, as well as inputs for many derivative goods.

To ease the tensions that have arisen as a result of the US' complaint that China enjoys a US$347 billion trade surplus with the US, China should consider allowing increased foreign equity caps in the financial sector, particularly securities and insurance. Such a move, which offers a win-win solution, could be further discussed in the context of negotiations on a China-US bilateral investment treaty. Beijing might also consider an end to the ban on US beef imports and buy more agricultural products.

After more than three months in power, Trump has proven that he intends to keep his campaign promises to curb imports and take a step back from multilateral agreements the US has traditionally championed. Although actual policy measures taken so far are limited and require the approval of Congress, it is clear that the current administration is unfavourably disposed towards free trade.

It is widely assumed that in the changed landscape of global trade negotiations, China and Germany are likely to lead on liberalisation through multilateral forums and agreements. If China takes the principal role, this means trade agreements may be limited in scope. If Germany takes the lead, it may push for trade deals that go beyond conventional accords to include product standards, government procurement, intellectual property rights, and labour. Either approach will mean multilateral agreements will continue, even if the US steps back from its role in the process.

We cannot turn back to a time of autarky, when a country produced everything it needed by itself, and it does not make any sense to do so.

Today, any increase in tariff (or non-tariff barriers) will mean an increase in the cost of production, and eventually, in prices paid by consumers.

Globalisation means two things. First, it means a shift from 'protection' to 'precaution', a lesson learnt from Pascal Lamy, former director of the WTO. There should and will be a shift from using tariffs to non-tariff measures. The world should no longer be talking about tariffs as it did back to 1980s. One issue certain to remain on the table at the multilateral and regional level is to ensure the quality of products--making certain that they are safe, meet health requirements, and are produced through environmentally sustainable methods.

Second, globalisation means 'knowledge arbitrage', as stated by Richard Baldwin in his 2016 book The Great Convergence. To reap the advantage of globalisation we must manage openness in trade and investment. What Governments should protect is workers, not jobs--by providing education, skills, and training to transform their domestic workforces into 'mobile skilled labour', while at the same time, providing safety nets for unskilled labour.

The strategy that US is trying implement under Trump--to boost domestic industry by increasing tariffs on input goods and creating jobs through protectionist measures--will only increase the cost of production and create inefficiency in resource allocation. In the long run, this will only erode the US' domestic and export competitiveness.

Rather than launching retaliation, perhaps East Asia should send Trump a 'Thank You' note instead.

This opinion piece has been published in Nikkei Asian Review. These opinions are their own and do not necessarily represent ERIA.Click here to subscribe to the monthly newsletter. 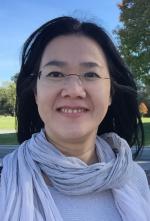 .Dr Ing was a Senior Economist at ERIA, where she led projects on trade and investment. From 2015 to 2016, Dr Ing served as a Senior Advisor on Trade and Investment at the Office of the President of the Republic of Indonesia. She has published a number of publications including The Indonesian Economy (eds. Lili Yan Ing, Gordon Hanson, and Sri Mulyani Indrawati), Production Networks in Southeast Asia (eds. Lili Yan Ing and Fukunari Kimura), Non-Tariff Measures in ASEAN, and an article on 50 Years of Indonesia's Trade Policy. She is also a frequent contributor to leading newspapers. Her reputation has made her a sought-after speaker in a number of important meetings and one of the most influential economists in the region. She obtained her PhD on International Trade from the Australian National University in 2009 where she was awarded 'Promising Young Economist' by the Pacific Trade and Development Forum.