Escalating the Role of Gas in Energy Transition 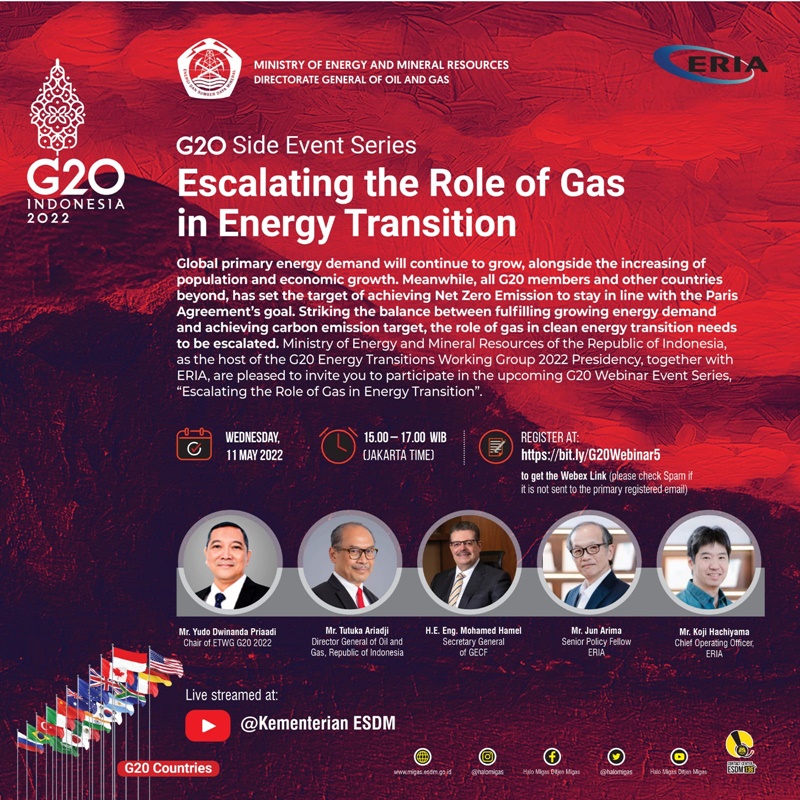 As developing countries aim to achieve similar economic standards of developed countries, their electricity demand has been significantly increasing. For example, between 2000 and 2017, final electricity demand in the East Asia Summit (EAS) least-developed to upper-middle income countries has increased by an average rate of 8.4 percent per year whilst that of the EAS high-income countries had increased by an average rate of merely 0.7 percent per year (Han and Kimura, 2021). Most of these countries have been depending on thermal power generation that consumes fossil fuels because of its economic feasibility and high-capacity factor.

However, to achieve the low carbon energy transition, another available options for developing countries is to shift from coal to gas power generation. Despite higher gas prices relative to coal, this shift should take place in parallel with the increasing use of renewable energies such as solar photovoltaic (PV) systems. Thus, under the low carbon energy transition period from 2020 to 2030 or 2040 facing uncertainty of volatile international energy markets both oil and gas due to the war in Ukraine caused by Russia, the role of gas must be escalated to achieve carbon dioxide (CO2) reduction while maintaining the affordability of electricity prices.

Confirming the ‘Principles of Energy Collaboration’ endorsed by G20 leaders at the 2014 G20 summit in Brisbane, the energy ministers meeting in Argentina in 2018 highlighted the importance of investment in infrastructure and the role of digitalization and flexibility in the power sector, including the role of natural gas in the G20 countries.

This workshop will provide new insights into how to escalate the role of natural gas as part of the just process of low carbon energy transition in developing countries which shall foster the G20 energy transition agenda paying attention to uncertainty on gas market.

This workshop also aims to support G20 Members to understand the different pathways to escalate the use of natural gas in meeting final energy demand in developing countries in the low carbon energy transition context, while pursuing and strengthening the implementation of the previous 2021 G20 Italian action plan that includes ensuring access to clean energy for all, especially in developing countries. 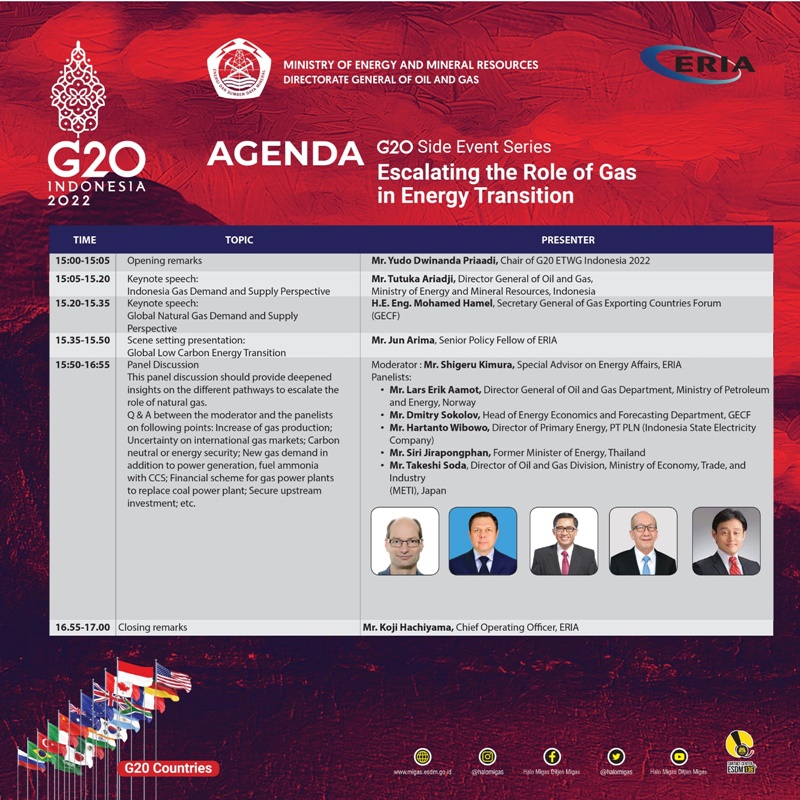