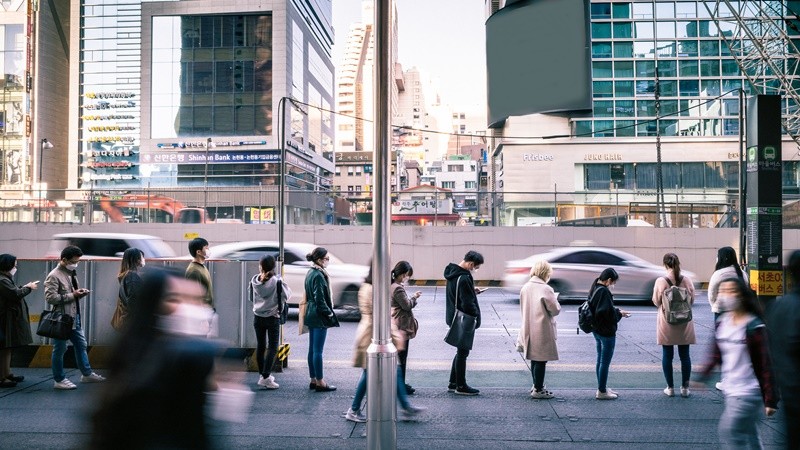 By Mr Kavi Chongkittavorn, Senior Communications Advisor: It has been a four-year hiatus for the three Asian economic powerhouses. Whatever their collaborative configurations may have been, they were frequently constrained by the world's biggest disruptor, President Donald Trump. With the lame-duck president now leaving the global scene, China, Japan, and Korea (CJK) are salvaging their relationships at Shinkansen speed. Being Asian, they can now be a little bit humble, saving the faces of each another for a while for being so rigid and aggressive.

At the moment, there is nothing to prove to the world's higher arbitrator. Under the incoming administration helmed by President-elect Joe Biden, the operative spirit is 'cooperation', not 'confrontation'. As such, it has changed the whole dynamics of mutual engagement among the trio as well as the rest of East Asia. However, numerous entrapments remain as the CJK navigates its relations through rocky and hard places.

It is wise for the CJK to explore a small window left open during the White House's transitional period. Without the COVID-19 surge both in Japan and South Korea, China's shuttle diplomacy last week could have gained maximum benefits with face-to-face visits of Chinese President Xi Jinping to both capitals as long scheduled.

Fortunately, the Regional Comprehensive Economic Partnership (RCEP) has been signed. It has sent a strong signal that the destiny of East Asia is indeed in the hands of its member countries with ASEAN as the core. The ASEAN-led RCEP is testimony once again that ASEAN is a bridge-builder for all players, big and small, rich and poor. As the world's largest free trade pact, the RCEP has revitalised multilateral trade and globalisation prompted by the common desire to overcome negative impacts and for speedier Covid-19 economic recovery.

According to numerous economic forecasts, the East Asian region will be able to recover faster than the rest of the world due to the overall effective mitigation of coronavirus and strong economic recovery plans. However, improved global economic health will be required to sustain regional economic well-being and progress. That is why East Asia needs to repair the damaged global value chains linking the US and Europe with the region. It remains to be seen how the renewed cooperative modus operandi will play out in the Biden administration.

Currently, speculation is rife as to whether the US will re-join the newly revamped Comprehensive and Progressive Transpacific Partnership (CPTPP). There has not been any real indicator from the new administration for the time being on a direction. Suffice to say, whatever attitude prevails in Washington, the new dynamic and the ripple effects brought about by the pandemic and East Asia's renewed solidarity have already shifted and changed the political hierarchy and projection of major powers in this part of the world.

For the US, dragging its feet on multilateralism and especially on trade, is not an option. Clearly, the new US team will have to "complement" or "strengthen" the existing multilateral economic circuit one way or another, while it continues to focus on domestic concerns as well as a hostile US Congress. Mr Trump's America First policy has been a blessing in disguise for all countries in this region making them realise that the US is not Santa Claus and they have to rely on their national resilience and resources. More importantly, they have to forge closer ties with neighbours.

Due to the China-US trade war, the decoupling of their economies has left irreparable damage, the connectivity of the US economy with East Asia has been greatly disrupted during Trump's years. To reconnecting these broken supply chains will not be easy as heavy damage has been done. Major investors, especially Japan and the US, have been forced to relocate their factories and future investment outside the world's factory, China. In the post-pandemic world, multi-hubs of regional supply chains are likely to proliferate due to growing scrutiny of health security and frontier areas.

Across the world, the Biden administration must therefore recalibrate its Asian policy in a more holistic way and with a new wide-angle lens. Washington should not obstruct the betterment of ties among CKJ as those can provide much-needed stability and economic growth prospects for the region. It would also create a conducive environment for them to work together on a free trade agreement.

Last week's visit to Japan by Chinese State Councillor and Foreign Minister Wang Yi showed the two countries' enthusiasm to normalise ties quickly despite some vexing territorial disputes, which could be settled later on. Mr Wang and Japanese Foreign Minister Toshimitsu Motegi have agreed to work together to uphold and strengthen rules-based multilateral trade. That was good news following the RCEP agreement and most importantly, for the first time, they also discussed the possibility of China's participation in the Japan-led CPTPP.

Lest we forget, ties between China and South Korea are also moving in the right direction. Mr Wang's short trip to Seoul was significant given what has transpired over the past three years when both sides quarrelled over the stationing of a US anti-missile system in South Korea as well as China's trade restrictions. Wang and his South Korean counterpart, Kang Kyung-hwa also discussed the possibility of Mr Xi's visit as soon as the Covid-19 pandemic 'stabilises'.

In Northeast Asia, there is light at end of the tunnel for Japan-South Korea ties which have been problematic since 2017. Two notable developments indicated that better relations are on the offing. First, the new ambassador to Japan, Kang Chang-il was recently appointed to deal with Japan. With his knowledge of Japan and political networks, Seoul hopes it can make a diplomatic breakthrough. Second, Korean National Intelligence Chief Pak Jie-won was in Tokyo last week and met with all key Japanese leaders to present President Moon Jae-in's new proposal to Prime Minister Yoshihide Suga for a four-party summit meeting among Japan, the US, South Korea, and North Korea on the eve of the Tokyo Olympic Games in July next year.

But a huge unresolved historical grievance continues to stand in the way. Unless a compromise can be found at the highest level of the two governments for the disputed wartime forced labour, it will continue to poison their friendship. Indeed, both sides have to meet each other half-way to bring about a realistic end of the compensation issue. During his public lecture at Waseda University, National Assembly Speaker Moon Hee-sang proposed the establishment of a joint fund supported by companies and donors who want to contribute. The scheme sounds reasonable.

As the CJK is part of the ASEAN Plus Three (APT) group, Asean welcomes this positive development. More than officials would like to admit, cooperation among the APT since 2017 has not been smooth. Both China's and Japan's engagements within the Asean frameworks at times have been rough. For instance, negotiations over several statements related to the 15th East Asia Summit were tedious and long.

With better ties among the CJK, the long-held dream of realising the East Asia Community is now within reach. Obviously, it would require a stronger political will and a bigger scope of cooperation before such a possibility becomes a reality. In the long haul, the closer CJK cooperation would also help to reduce tension in the Korean Peninsula. If intra-Korea ties improve and bring about closer engagement with North Korea, the prospect of peace and prosperity could be attainable.

Pyongyang must now realise that closer personal ties with Mr Trump, which it hoped would end sanctions and bring about a peace treaty, were just an electoral sideshow. It has not produced the kind of fireworks hoped for despite global headlines. North Korean leader Kim Jong-un would be wise to return to a multilateral forum which would provide a better guarantee of the survival of his regime with or without nuclear weapons in the years to come.