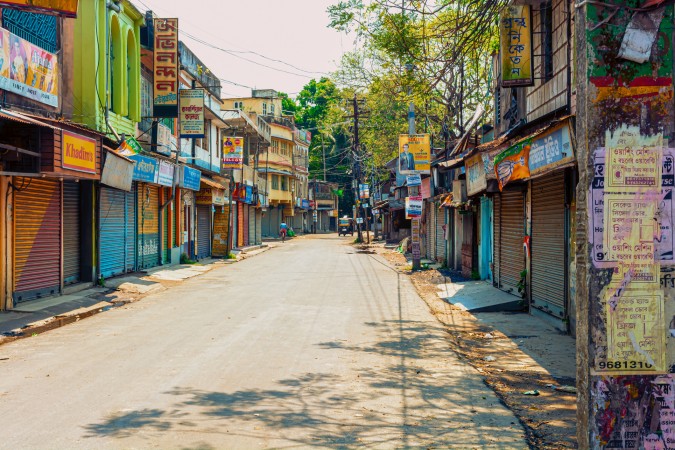 By Dr Venkatachalam Anbumozhi, Senior Energy Economist: The economic impact of COVID-19 on India will depend on a number of factors: the virus spread itself, the effectiveness of the policy responses and how the abrupt shifts in supply and demand further compound the economic damage.

India declared a self-imposed quarantine on March 12 and went under a complete lockdown from midnight of March 24. The country is now at the beginning of the critical stage 3, the community transmission stage.

A report by the Center for Disease Dynamics, Economics and Policy predicts that in the next two months, as many as 100 million people in India are likely to contract the COVID-19 infection, and these numbers are expected to soar to around 300 million to 400 million by July.

Eventually, the virus could burn itself out, as virtually all other epidemics have in the past. Moreover, as China, South Korea and Singapore have shown, with the right measures such as testing, isolation and monitoring in place, the rise in new infections can be brought under control. So, the key is whether the Indian health care system can respond quickly.

While the ventilator demand for the peak is expected to be 1 million, current availability is estimated to be only 75,000. The next big question is whether effective treatment regimes can be devised to reduce the fatality rate and prevent the infected labor force from coming back to work as soon as possible. Many working Indians lack health care benefits, while more workers than ever are in service industries where they have to show up to get paid.

The Economic Damage Is Already Mounting

Seventy-five percent of the Indian economy is in a 21-day lockdown. State borders are closed, labor movement is curtailed and schools and training courses are suspended across the country. Major companies in India have temporarily suspended or significantly reduced operations in a number of manufacturing facilities. Nearly all two-wheeler and four-wheeler companies have put a stop to production until further notice.

The Asian Development Bank estimates that the lockdown would take about 2.3% of GDP. KPMG said the cost of the 21-day lockdown in India could be $120 billion. All the airlines except Air India have grounded their domestic and international flights, the loss of which is estimated to be $600 million.

In India, the service sector accounts for 55% of GDP. It is estimated that the loss to the tourism and hospitality industry will be $2.1 billion for March and April alone.

Policymakers in New Delhi and the state capitals are learning to do the right things. The 25 billion crore rupee relief package announced by the finance minister on March 26 is a good first step toward alleviating the distress caused by the virus. It covers various sections of the vulnerable segments from farmers, women and small businesses to organized workers, who would get a sizable insurance cover of about $7,000.

It offers to pay very small business enterprises that have been forced to shut down their operations and also employees earning small salaries. But it does not say anything about medium- and large-sized businesses that may run out of credit and become insolvent. The reserve bank of India also reacted methodically and credibly, with their decision to reduce the repo (repurchase) rate by 75 basis points to 4.4%.

Impacted by Slowdown in China

At the global level, India is among the 15 economies most impacted by the corona-related production slowdown in China.

For example, 18% of auto-component imports, 45% of consumer durables and 67% of electronic components come from China. The trade impact is estimated to be greatest for the chemicals, textiles, apparel and automotive sectors.

The Indian stock market on March 23 suffered its worst single-day rout in history, with investors stuck in a selling frenzy as the coronavirus disrupted businesses and forced several states into lockdown. The NSE Nifty 50 index sank 12.98% to a near four-year closing low, while the S&P BSE Sensex fell 13.15% to 25,981.24. The rupee hit a record low of 76.16 against the U.S. dollar.

Coordinated action on a global level to remove the trade restrictions on medical and food supply to India, financial market stabilization and coordinated rate cuts are immediately required. It necessitates India taking a lead role within the G-20 to lessen the lasting economic and financial market damages from the pandemic.

What Is the Likely Recovery Path?

Whether India can avoid a large economic slump or not, the path back to growth will depend on a range of drivers. It is reasonable to draw three broad scenarios.

First, V-shaped, which is the classic real economy shock recovery — a displacement of output, but growth eventually rebounds.

The second, U-shaped recovery — where the shock persists but some initial growth is resumed.

The third is the scenario where significant structural damage is done with some permanent damage to India’s labor market and capital formation abilities.

The International Labor Organization, in its recent study, predicts about 5.3 million more people will be pushed into unemployment at a global level by the COVID-19 outbreak alone under the worst case scenario. Self-employment in India, which so often serves to cushion the impact of economic shifts, might not do the same this time due to the severe restrictions being placed on the movement of people, goods and services within and across the borders.

This Could Worsen India’s Gender Equality

The vast majority of the nurses, teachers, flight attendants and restaurant workers in India are female, and their jobs put them on the frontlines of their virus outbreak both at work and home. It will worsen gender equality in the short term. In the long-term, some groups will be disproportionately impacted by the labor market crisis, including youth, older workers and migrants.

With GDP growth rate crashing to a six-year low of 4.5% and non-performing assets rising to 10%, India needs to be innovative in the coming months to have a V-shaped recovery. It should borrow ideas from other countries such as the U.S., which has implemented a $2 trillion disaster relief package.

A gradual opening up of the lockdown in a phased manner will be critical to avoid a second wave or peak in the viral spread. This can be done by first opening schools, universities, educational institutions and businesses, while gatherings such as sporting events, conferences and other large-scale gatherings are relegated to the last depending on the characteristics and behavior of the virus.

The public and private sector in India should plan for the best and prepare for the worst scenarios, keeping in mind that a V-shaped recovery is not guaranteed. The next few months could be horrible, but things should improve after that. It will be the responsibility of everyone — government, businesses, educational institutes and citizens — joining together to implement the procedures outlined by national leaders.

This opinion piece was  written by ERIA's  Senior Energy Economist, Dr Venkatachalam Anbumozhi, and has been published in Brink News . Click here to subscribe to the monthly newsletter.