Leadership changes in the Indo-Pacific 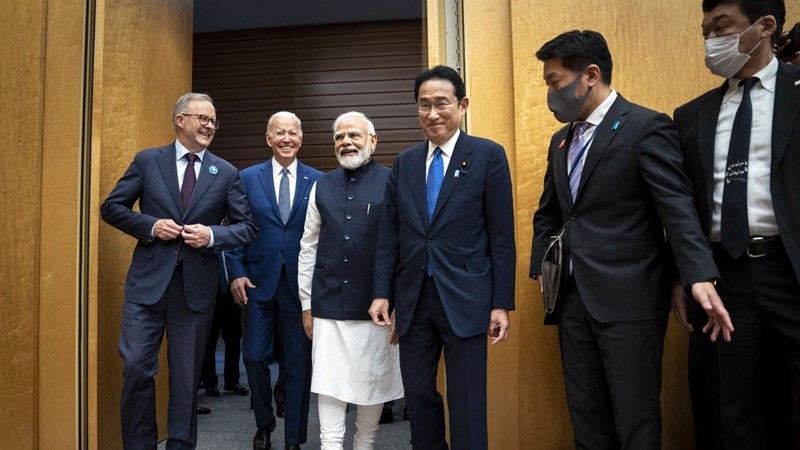 By Mr Kavi Chongkittavorn, Senior Communications Advisor:  New leaders in the Indo-Pacific region -- Australia, South Korea and the Philippines -- will significantly impact the future trajectory of US-China relations. Their policy shifts, even nuances, could either moderate or harden the two powers' strategic rivalries.

It is clear that Australia, under new Labor Prime Minister Anthony Albanese, will not let go of the strong US alliance as solidly laid down by his predecessor, Scott Morrison. But there are a few tweaks he needs to make if Australia is to be a moderating force in the Indo-Pacific and continues to benefit from China's growing economic power. Decoupling China from the Australian economic circuit would not be wise as it also hurts regional economies.

Canberra can still maintain strong ally status with the US without jeopardising its ties with China or even Asean. What Mr Albanese needs to do is to renew dialogue with China in the coming days or weeks, focusing on easing people to people exchanges related to tourism and education and other less sensitive engagements.

Already, Beijing has sent an olive branch indicating its desire for a thaw in their relationship. Premier Li Keqiang said China was 'ready to work with the Australian side to review the past, look into the future and uphold the principle of mutual respect'.

China has changed since the last time the Labor party was in power back in 2013. Both countries need to be pragmatic and adjust their policies accordingly. At the very least, what Mr Albanese can do is to prevent bilateral ties from deteriorating further. Less cynical rhetoric on China will certainly help. Indeed, the Labor government has a better understanding of China's power and contribution to the country's economic progress. Mr Albanese can bring some realism to the Australia-China friendship.

With China's rise and growing antagonism towards the US, Australia must reassess its foreign policy toward the world's most populous country. Constructive engagement with Beijing would be a win-win formula. New Zealand has proved that it can be done. Lest we forget, Australia-China economic ties have fuelled regional economic prosperity within Indo-Pacific.

As both are Asean's comprehensive strategic partners, they are not supposed to confront each other. Together they could become more cooperative counterparts. There are common areas in which they could work together for the benefit of third parties, Asean in particular.

Now, several projects involving these two countries and related to Asean are in limbo, especially on supply chain resilience, digital technology, connectivity and the climate crisis.

Fast forward from Down Under to Northeast Asia, South Korean President Yoon Suk-yeol minced no words when he assumed the top position early last month, stating that he would strengthen the alliance with the US to deter any external threat against the world's No.10 economy. Bilaterally it is not difficult to do so.

However, the US strategic imperative in Northeast Asia requires South Korea to also improve ties with its other ally, Japan. At the moment, South Korea-Japan ties are at their lowest ebb with both sides having yet to overcome an impasse over historical legacies.

However, it was heartening that during his recent visit to attend the Quadrilateral Security Dialogue in Tokyo, Mr Yoon and Japanese Prime Minister Fumio Kishida pledged that both sides would try their best to tackle their painful past. Any improvement between Seoul and Tokyo would further boost US security ties with Northeast Asia's two top allies.

Together, they would strengthen security in the most volatile part of the world, as North Korea continues to push more aggressively on nuclearisation and intercontinental missile tests.

Interestingly enough, Mr Yoon was pragmatic in offering an olive branch to Pyongyang that if it decides to denuclearise totally, South Korea and the international community would provide an audacious plan to reform its economy and modernise the Marxist-Leninist state. It is a carrot and stick strategy and one that has been used previously by his predecessors. But it has not so far yielded any positive and lasting outcome. It remains to be seen if it will be different this time around.

One area that needs to be established is the new South Korean government's stance toward Asean. Under the previous government, Asean was elevated to the same level as the US, China, Japan and Russia. Asean-Korea relations were guided by the New Southern Policy and its modifications, known as the New Southern Policy Plus (NSPP). That approach has benefited Seoul handsomely as it helped to boost its profile and roles in all dimensions in Asean and the Mekong sub-region. Mr Yoon should continue to further promote NSPP in order to maintain the country's foreign policy consistency, which used to be the country's weakest link with Asean.

For Asean, the new Filipino president, Ferdinand 'Bongbong' Marcos Jr, will bring a breath of fresh air to the Philippines' relations with both China and the US. Before the election, Bongbong met one on one with Chinese Ambassador Huang Xilian. After the polls, the envoy said that Philippines-China relations will be stronger.

Regarding US ties, political pundits believe that Bongbong would choose to strengthen the alliance with the US but remain friendly to China. Unlike his predecessor who had a rudderless policy on US and China, Bongbong is likely to be more consistent in pursuing ties with both superpowers. Balancing ties with the two would be a preferred policy for the Philippines. Bongbong should be able to generate a good rapport with Asean leaders and bring the Philippines closer to the group. That would mean more consultations and common decisions with the bloc, especially on issues related to the South China Sea.

At a face-to-face working group meeting on the Code of Conduct for the South China Sea (COC) held in Siem Reap on May 24-26, held after a two-year gap because of Covid-19, the Filipino delegates were notably more active and stressed the importance of the decision by the Permanent Court of Arbitration in July 2016. This was the first indicator of the new administration's attitude toward the COC negotiations.

Washington and Beijing are watching closely how the Bongbong administration will handle COC negotiations in the coming months with a new round planned for July in Cambodia. At this juncture, Manila still insists on including the statement on the 40th anniversary of the United Nations Convention on the Law of the Sea (Unclos) in the planned document, to be issued by the Asean chair, to mark the 20th anniversary of the Declaration on the Conduct of Parties in the South China Sea (DOC) at the Asean-related summits in November.

The Asean chair has made clear that the planned statement is solely to mark the DOC's anniversary with just a mention of the Unclos. Singapore, Malaysia, Vietnam, Indonesia and the Philippines support the inclusion of Unclos in the document. Other Asean members suggested that the Unclos commemoration could be done at the UN headquarters in New York.

All in all, in a post-Covid world, leadership changes in any country in the Indo-Pacific region will have an unavoidable ripple effect on US-China rivalries as both powers have extensive security and economic networks. With the Biden administration upping the ante in all dimensions as it approaches its mid-term elections, Washington's pressure on smaller powers in the Indo-Pacific become weightier and more frequent. Small powers have to be agile and responsive to perform the necessary balancing acts.